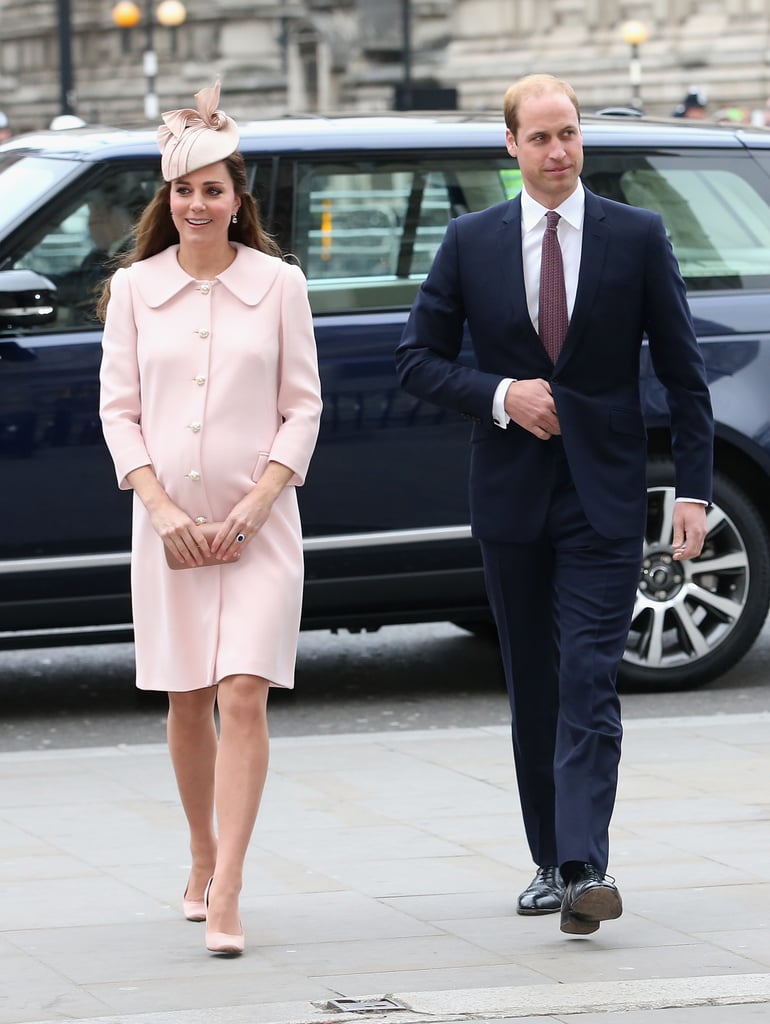 The Duchess of Cambridge Steps Out in a Favourite Maternity Look

The Duchess of Cambridge and Prince William were joined by Prince Charles; Camilla, Duchess of Cornwall; Queen Elizabeth II; and Prince Philip for the Observance for Commonwealth Day service at Westminster Abbey in London on Monday. The duchess, who is reportedly due to give birth to the couple's second child next month, covered her baby bump in a pale pink Alexander McQueen coat and festive hat by Jane Taylor. True to form, Kate has been seen in the chic maternity ensemble before; she sported the same look at the Trooping the Colour parade in 2013, when she was expecting Prince George!

Each year, the Observance aims to "celebrate the unity, diversity and linkages of the modern Commonwealth" and to give attention to the Commonwealth's achievements, especially among young people. This year, the theme is "A Young Commonwealth" and focuses on the contributions of people 25 and under. The event typically includes a multifaith celebration consisting of readings, testimonies, and musical performances. The Commonwealth Day service is just the latest of Kate's recent appearances, which are scheduled to come to an end as she gets closer to giving birth. The duchess stepped out in a sweet floral dress for the 105th anniversary of the Goring Hotel in London, where she and Prince William stayed the night before their wedding in 2011. Before that, the duchess recorded a special video message on behalf of herself and Prince William for the charity Place2Be for Children's Mental Health Week in the UK. Keep reading to see photos of the royal family at the Observance for Commonwealth Day service.