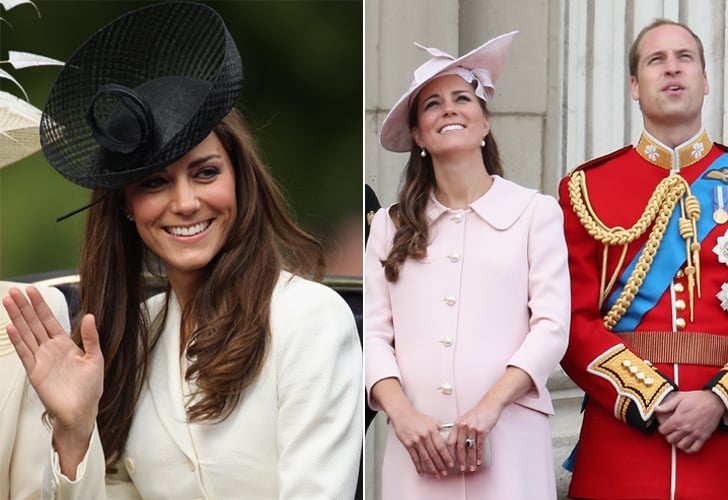 It's an exciting weekend for the royal family and particularly for the Duchess of Cambridge, who made her first official appearance since Princess Charlotte's birth at Saturday's Trooping the Colour ceremony. It's one of the royal family's many traditions, and the annual festivities mark the public celebration of the monarch's birthday. Although Queen Elizabeth II's actual birth date is April 21, the ceremony is held each Summer, as better weather is more likely.

The Duchess of Cambridge attended her first Trooping the Colour in 2011, just two months after she and Prince William tied the knot. That year, and each year since, Kate has joined Camilla, Duchess of Cornwall in a carriage before standing on the Buckingham Palace balcony with her husband and the rest of the royal family to watch the flypast. She was pregnant with Prince George during the 2013 ceremony, and this year's appearance will be all the more special since she hasn't stepped out publicly since she and William introduced their baby girl to the world in May. Keep reading to see Kate's Trooping the Colour appearances through the years, then find out what you can expect from Princess Charlotte's first year!