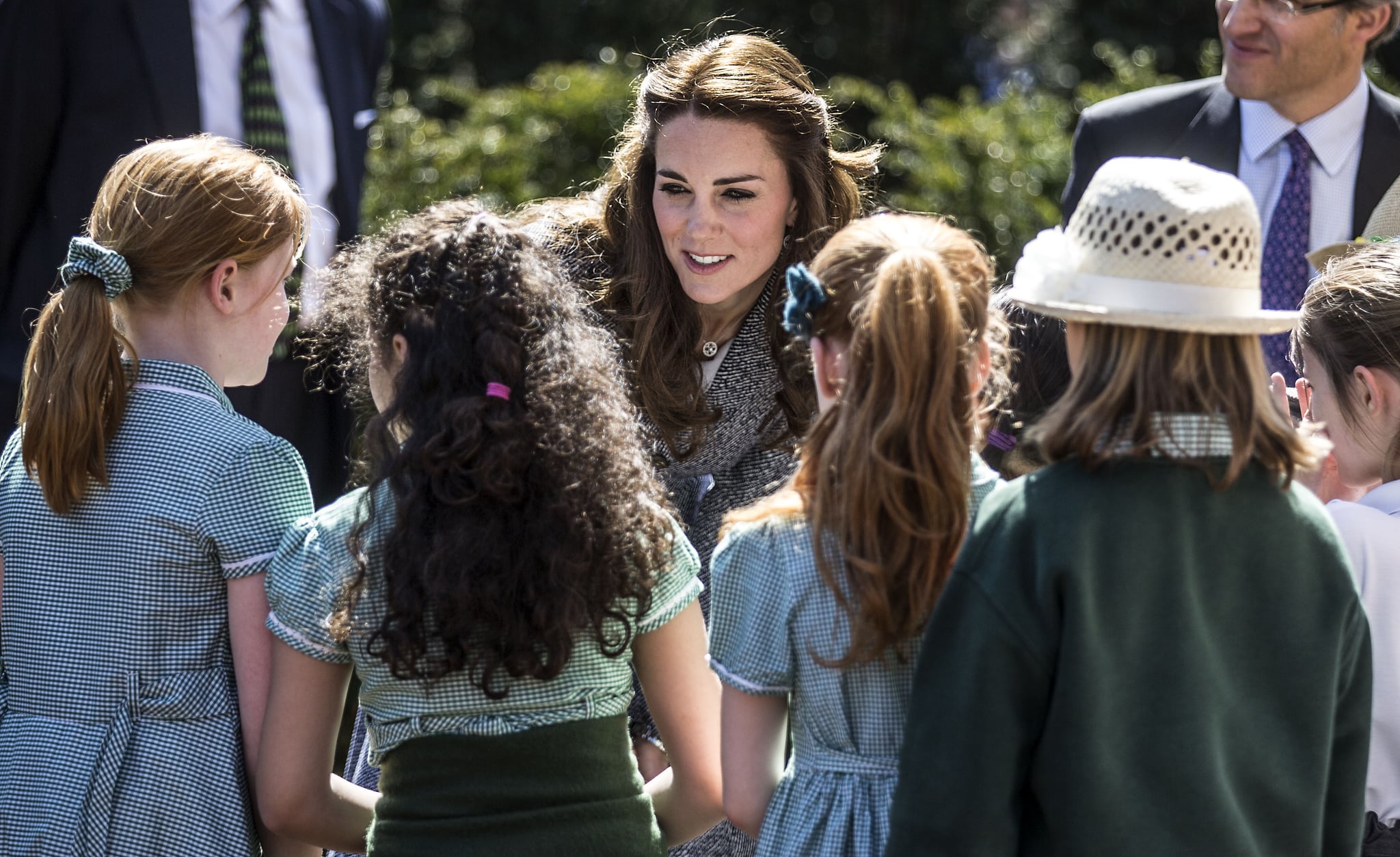 Kate was the center of attention on Wednesday at the opening of the Magic Garden at Hampton Court Palace in London. The duchess and recent Vogue cover girl posed for photos and met with children at the medieval-themed playground, and during her visit, she spoke to the kids about her own little ones, Prince George and Princess Charlotte. While checking out a giant plastic dragon, Kate remarked to 8-year-old Elodie that George "would have loved" the 25-foot monument but also would have "been a bit scared."

On another adorable note, Kate revealed that the royal family has a pet hamster named Marvin. A 9-year-old girl named Darcey told People that the duchess "said she had a hamster, and Charlotte really likes it because the whiskers always tickle her face." How sweet is that? When one young boy asked "Are you the princess?" Kate responded, "Just call me Kate" — and though she didn't go down the slide with the group, she did promise to "bring her jeans and trainers next time" so she could really play. See even more of Kate's cutest moments with kids.