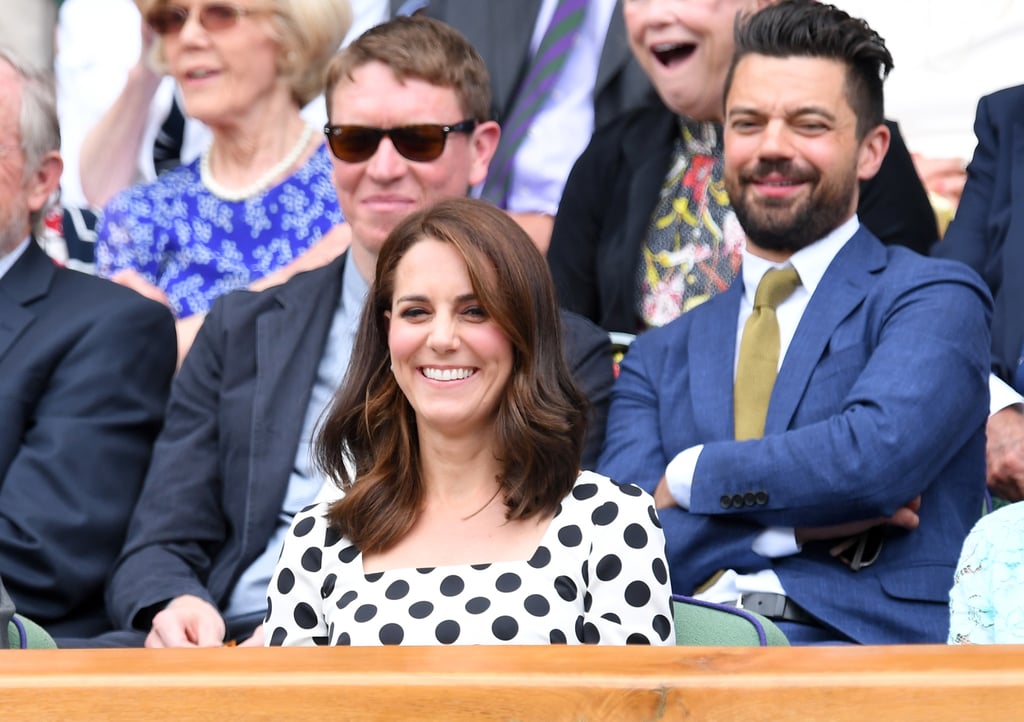 The Duchess of Cambridge couldn't look more excited as she attended the opening day of Wimbledon in London on Monday. After meeting with boys and girls from the All England Lawn Tennis Club, Kate settled down in the royal box to watch the matches. Sporting a new haircut and a polka dot dress, the Duchess flashed a huge grin as she cheered on the tennis players at the event, including Britain's own Andy Murray. Aside from mingling with AELTC chairman Philip Brook in between shots, she also scored a seat in front of English actor Dominic Cooper.

It's no secret that Kate has always been an avid fan of tennis. In addition to playing the sport while attending St Andrews, Kate revealed during a BBC documentary that when she was eight months pregnant with George, she begged her doctor to let her go to Wimbledon but he "banned" her from attending, causing her to miss Andy Murray's victory against Novak Djokovic. "I was very heavily pregnant," she told presenter Sue Barker. "I wrote to him [Andy] afterwards saying sorry for not being there."