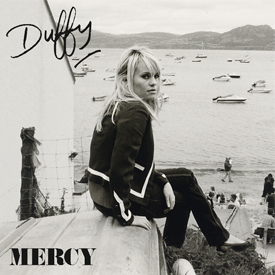 Gorgeous Welsh songstress Duffy is number one, after knocking Basshunter off the top of the charts. Not only that, but the chart position is based on downloads alone, so it seems like she's living up to the massive hype that's been surrounding her. Her single "Mercy", is super-catchy with a sixties feel, and it's the second single off her album Rockferry which will be out at the beginning of March.

If you haven't heard the single yet, you can check out the video after the jump as well as her upcoming tour dates – just read more