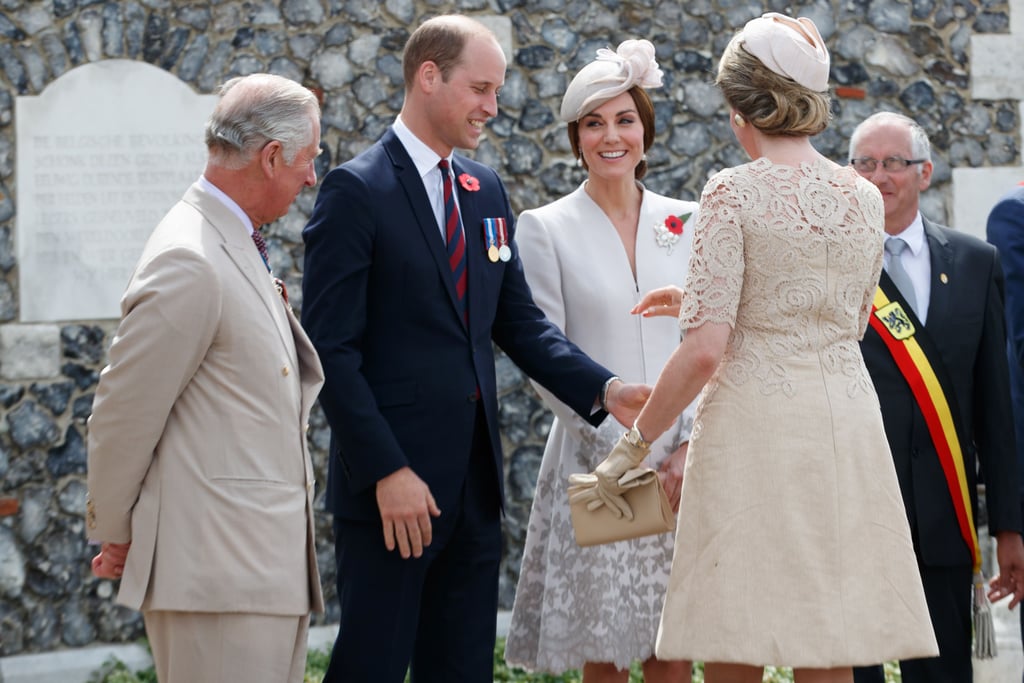 After touring Poland and Germany with their family in early July, the Duke and Duchess of Cambridge continued their royal duties by heading to Belgium on Monday to attend a ceremony marking the centenary of the Battle of Passchendaele. While William donned a blue suit for the occasion, Kate recycled the Alexander McQueen outfit she wore to Princess Charlotte's christening back in 2015, and also sported a Catherine Walker coat with an embroidered hemline. Aside from meeting with soldiers at the Commonwealth War Graves Commission's Tyne Cot Cemetery, the prince also spoke during the Last Post ceremony, which has been performed at the site every night since 1928. Following their outing, Kate and William sneaked in a little PDA as he sweetly touched her back as they made their way to their car.