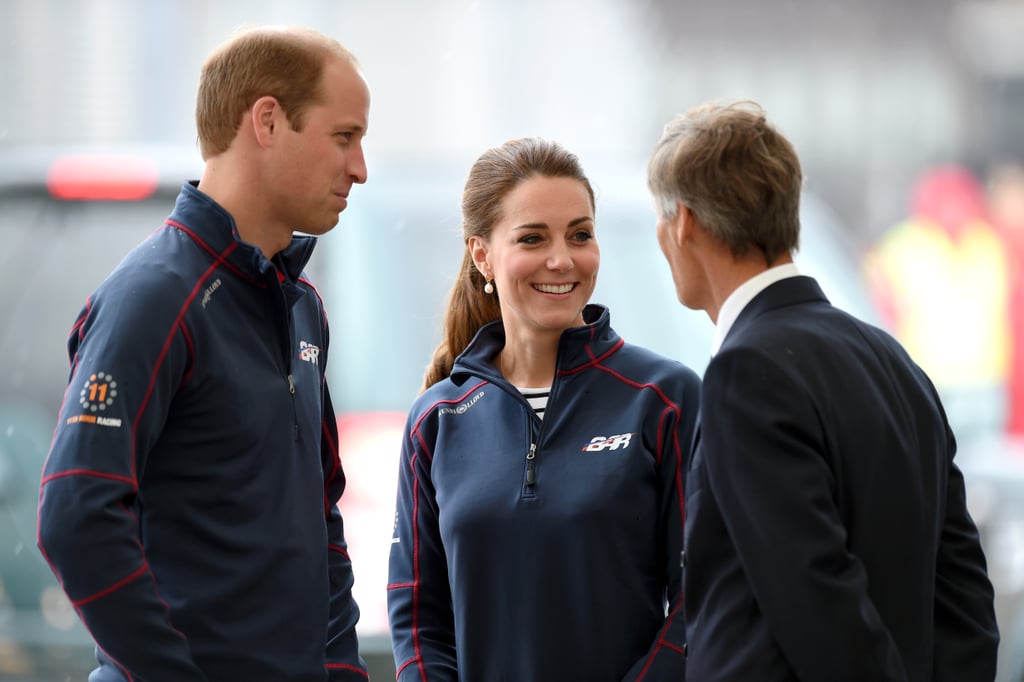 The Duke and Duchess of Cambridge delivered some very cute couple moments during the first round of the America's Cup World Series on Sunday. Wearing his and her uniforms featuring their official titles, the duo was all smiles at the Royal Naval Base in Portsmouth. Kate and William made the most of the occasion even though the race was cancelled due to heavy rain and strong winds. Kate was especially drawn to a child who seemed upset. She tried her best to cheer up the little girl and even appeared to play with her hair.

The royal pair's outing marks Kate's first official engagement since Princess Charlotte's exciting birth on May 2. Kate has popped up on multiple unofficial occasions since becoming a mom of two. The family couldn't have looked cuter at Charlotte's breathtaking christening on July 5, after which the palace released frame-worthy portraits shot by Mario Testino. Kate has also made plenty of time for Prince George, taking the little guy on cute park dates leading up to his second birthday celebration on July 22.

Read on to see Kate and William's cutest moments from Sunday, and then check out all the times Kate wasn't too princessy to play sports.