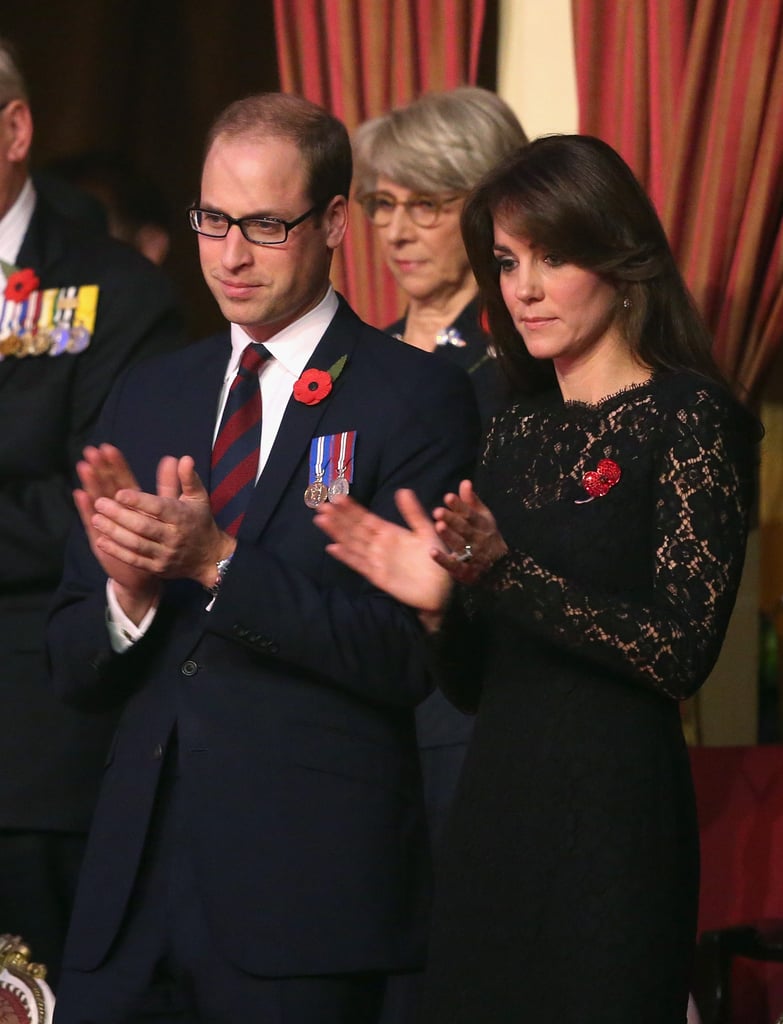 The Duke and Duchess of Cambridge attended the British Legion's Festival of Remembrance at the Royal Albert Hall in London on Saturday. The couple wore red poppies as a symbol of remembrance and hope and were joined by Queen Elizabeth II, Prince Philip, and the Duke of York. The annual event, which takes places the day before Remembrance Sunday, honours fallen soldiers and raises money for the Armed Forces community. On Sunday, Prince William and Prince Harry will lay wreaths in memory of those who have lost their lives in the Armed Forces.

We've seen quite a lot of Kate and William these past couple of months. Most recently, the pair stepped out with Prince Harry at the London premiere of the new James Bond film, Spectre, before Kate focused on philanthropy and met with children and mentors from Chance UK and attended the 100 Women in Hedge Funds gala. Keep reading for more of William and Kate's latest royal outing, and then check out their cutest moments together.