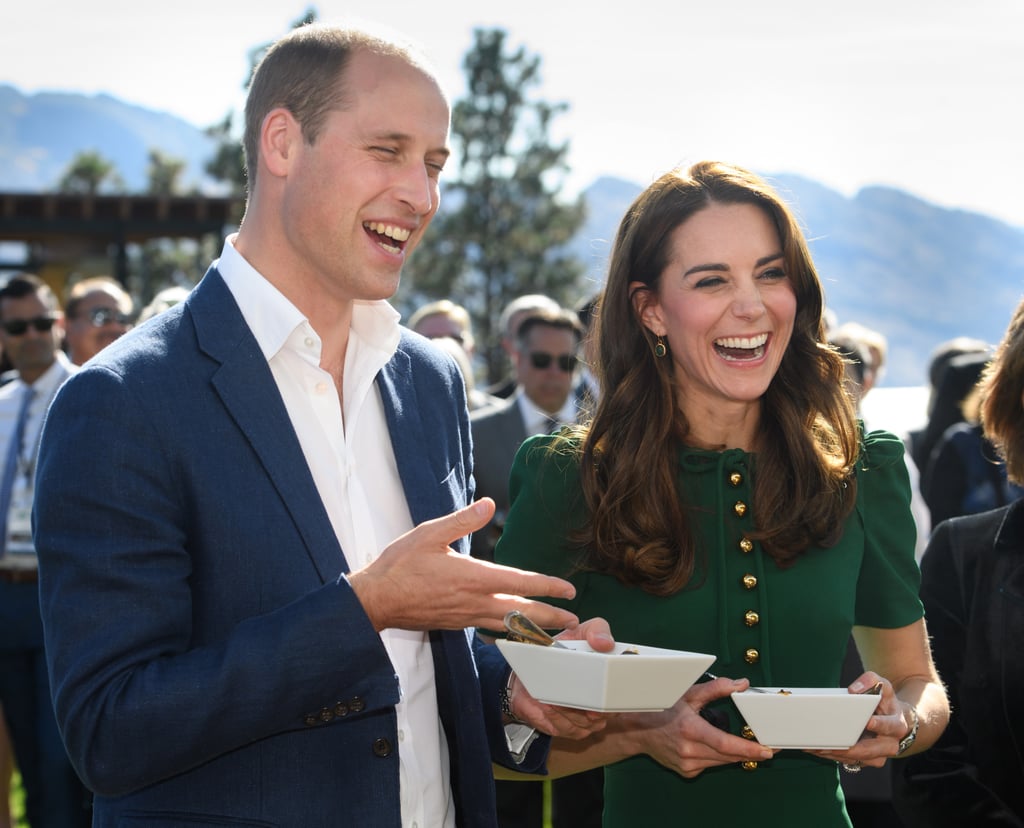 At the end of September, the Duke and Duchess of Cambridge arrived in British Columbia to embark on their eight-day tour of Canada. We've already seen plenty of cute couple moments since the precious arrival with Prince George and Princess Charlotte — when Prince George refused a high five from Justin Trudeau — but there's one other thing that's delighted us in the days since. It seems Kate and William just can't stop giggling. The proof is in the pudding, as they say, so we'll let the photos speak for themselves.