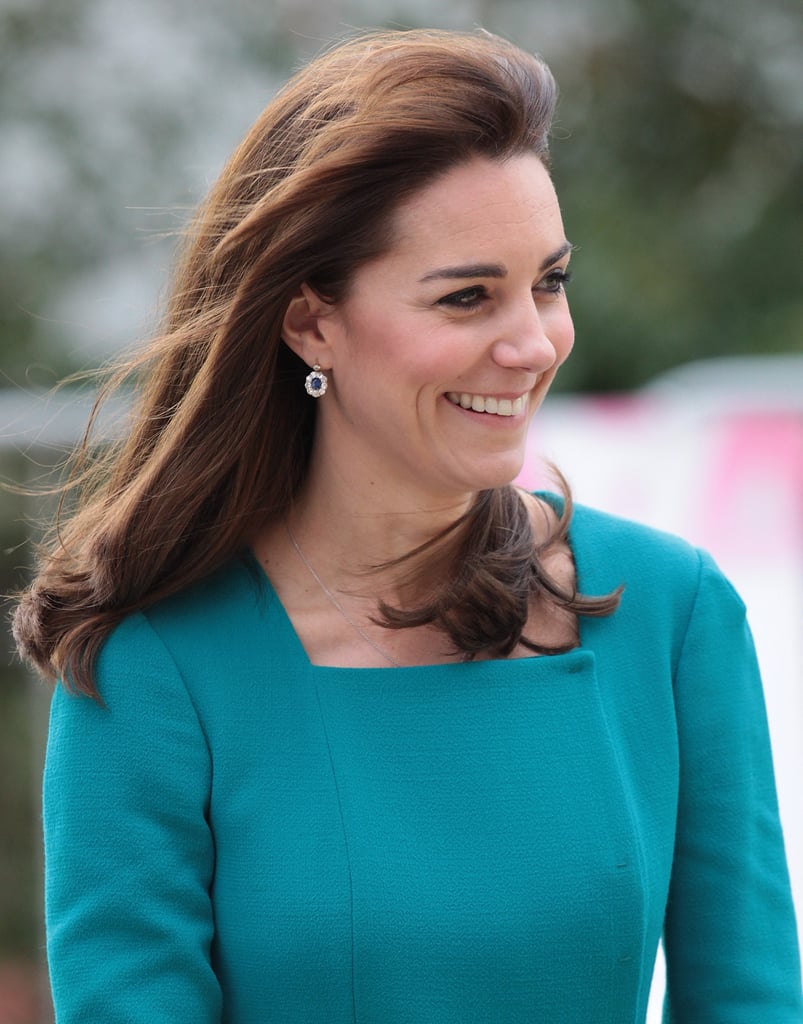 The Duke and Duchess of Cambridge were all smiles when they were spotted on separate outings around the UK on Thursday. William visited Keogh Barracks to present medals to British Army medics, while his wife visited the Action on Addiction Centre, which is one of the many charities that she is a patron of. The couple have been busy with their charitable acts this month, from Will's playful football game during his day tour of Birmingham and the West Midlands to Kate's hilarious interaction with witches and men in heels at Samantha Cameron's charity fundraiser in London. Keep reading to see the rest of their separate appearances, and then check out the couple's sweetest moments from this year.