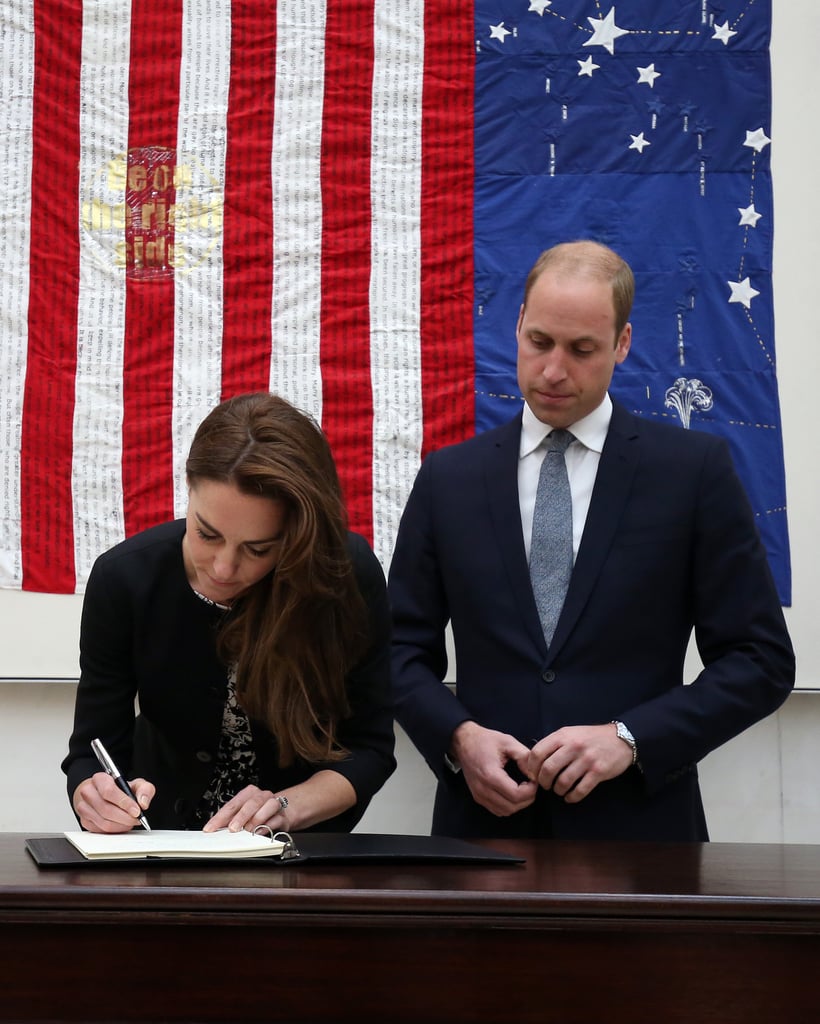 The Duke and Duchess of Cambridge may currently be at home in the UK, but they are with America right now. The royal couple paid their respects to the victims of the Orlando, Florida, nightclub shooting when they signed a book of condolence at the US Embassy in London on Tuesday. "With our deepest condolences and with our thoughts and prayers to all those affected," the pair wrote, along with signing their first names. Will and Kate also spoke with Matthew Barzun, US Ambassador to London, during their visit.

The royal couple's kind gesture comes just two days after a gunman shot and killed 49 people and injured 53 more at Pulse nightclub in Orlando in the early-morning hours on Sunday. In the aftermath, President Barack Obama has spoken out about the heartbreaking attack, calling the popular gay club a "place of solidarity and empowerment," and people from around the world have also been showing solidarity with the LGBT community.