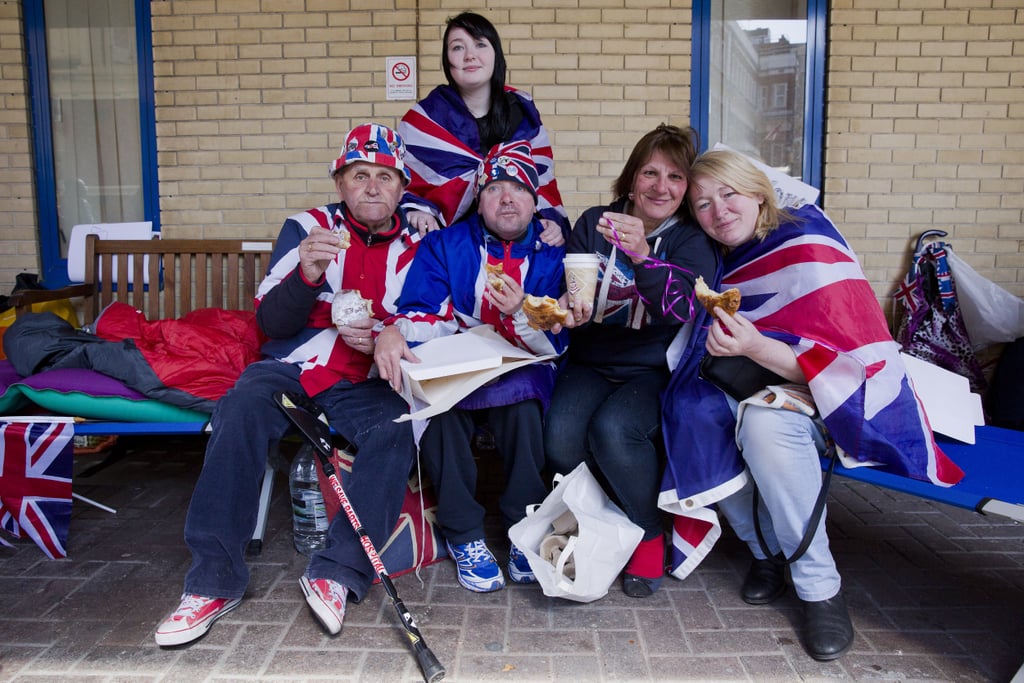 Some dedicated fans of the royal family received a special treat from Prince William and Kate Middleton on Tuesday. The royal couple sent a breakfast of hot drinks and pastries to the group after seeing pictures of them camped across the street from the private Lindo Wing of St Mary's Hospital. A palace source confirmed the gift to People, and 49-year-old Maria Scott talked about the delivery, saying two men brought two boxes of pastries tied with pink ribbons, plus 10 cups of coffee. "They knocked on the tent and said, 'Good morning, we have a present from the Duke and Duchess of Cambridge,'" she said.

Other members of the group shared how touched they were by the act, with 79-year-old Terry Hutt saying, "I can feel my hands now. I was in shock," and 52-year-old Kathy Martin adding, "We're going to give them a really love thank-you card." The Duchess of Cambridge is reportedly five days past due, and the group has been at the hospital since April 16. As the world awaits the royal baby's arrival, look back at the couple's road to baby number two plus signs they might be having a girl.