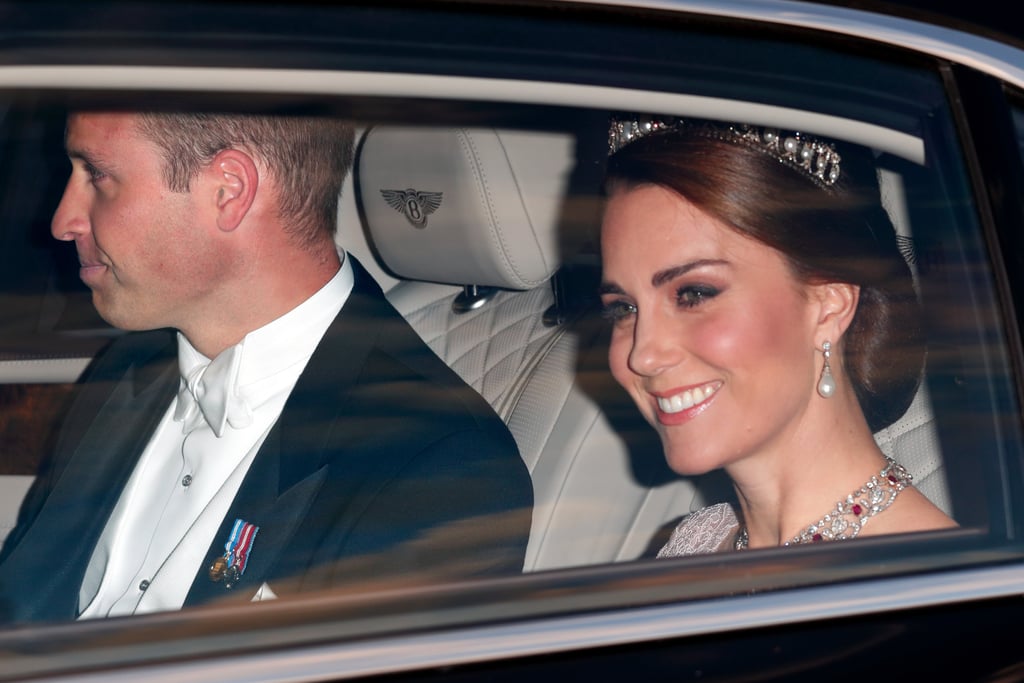 The Duchess of Cambridge nearly stole the spotlight from Queen Letizia of Spain during her State Visit to the UK with husband King Felipe VI on Wednesday. Kate, along with husband Prince William, his brother Harry, and Queen Elizabeth II and Prince Philip, joined the Spanish royals for the official State Banquet at Buckingham Palace. This is the first state visit by the current king and queen of Spain, the last being in 1986 with King Juan Carlos and Queen Sofia.

Kate looked as gorgeous as ever in a Marchesa dress with a low-cut lace neckline and accessorised with some very important family jewels; around her neck, she wore Elizabeth's bandeau ruby necklace, which was given to the queen by her parents as a wedding present, and atop her head she sported the Cambridge Lover's Knot tiara, which was previously owned by Princess Diana. You can see Kate's full look at the 21:19 mark in the video below:

Related:
A Look Back at Princess Diana's Stunning Jewels

Earlier this week, William bonded with World War II veterans during an official appearance at The Battle of Britain Memorial Flight to mark its 60th anniversary. He and his younger brother Harry also opened up about their late mother Diana in a upcoming ITV documentary, Diana, Our Mother: Her Life and Legacy, calling her "one of the naughtiest parents," and adding, "She was the best mum in the world."