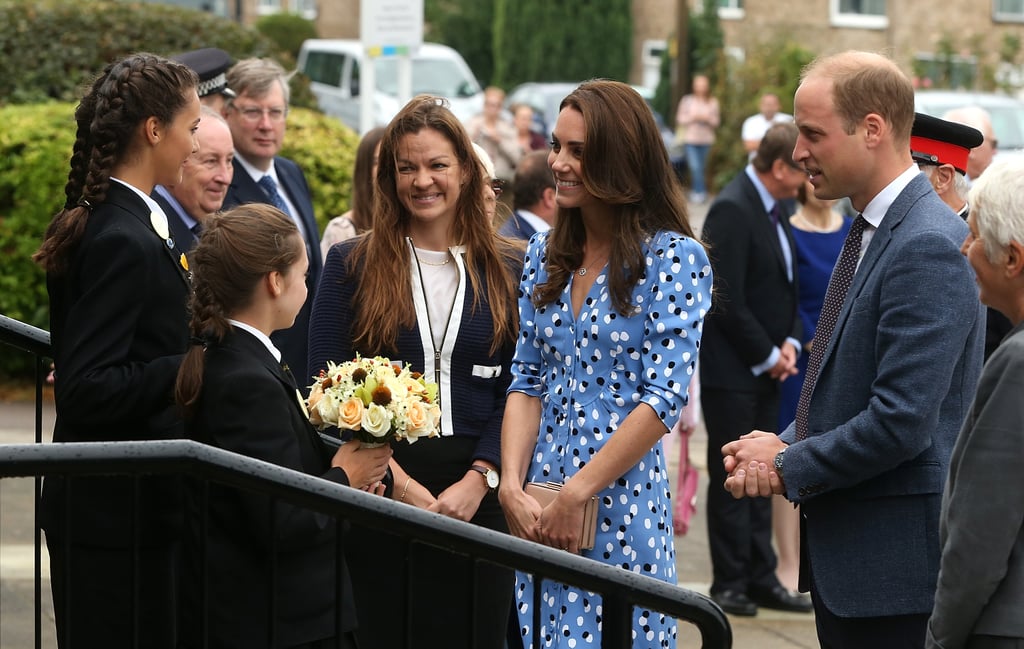 Prince William lived up to his title on Friday when he stopped by Stewards Academy in London with his wife, the Duchess of Cambridge. The famous royal, who was at the school as part of his and Kate's Heads Together campaign to raise awareness for the mental health and well-being of young people, showed off his chivalrous side when a local dignitary, Vice Lord Lieutenant of Essex, Jonathan Douglas-Hughes, accidentally fell. William quickly rushed to his aid and helped him up, while Kate kept a close eye on the situation from close by. According to People, Douglas-Hughes, who serves as the queen's representative in Essex, said, "I'm fine, thank you. The duke was very concerned, but I reassured him I was perfectly all right."

Will and Kate, who looked stunning in a blue wrap dress, have been travelling all over their home country as of late for their charitable cause. In addition to visiting a hospice centre, they've also made appearances at the YoungMinds and Youthscape charities. Shortly before their most recent visit to Stewards, William, who showed off his dance moves during another stop on Thursday, penned a blog post about why mental health is so important to him and Kate. "For many young people, the changing schools or starting a new academic year is really difficult to deal with," he wrote. "Catherine and I have young children who will be going through this themselves in a short period of time, and like all parents we will want to make sure that our children are not just able to achieve their academic potential at school but are also happy and emotionally supported."

Related:
Previous Next Start Slideshow
The RoyalsKate MiddeltonPrince William
Around The Web