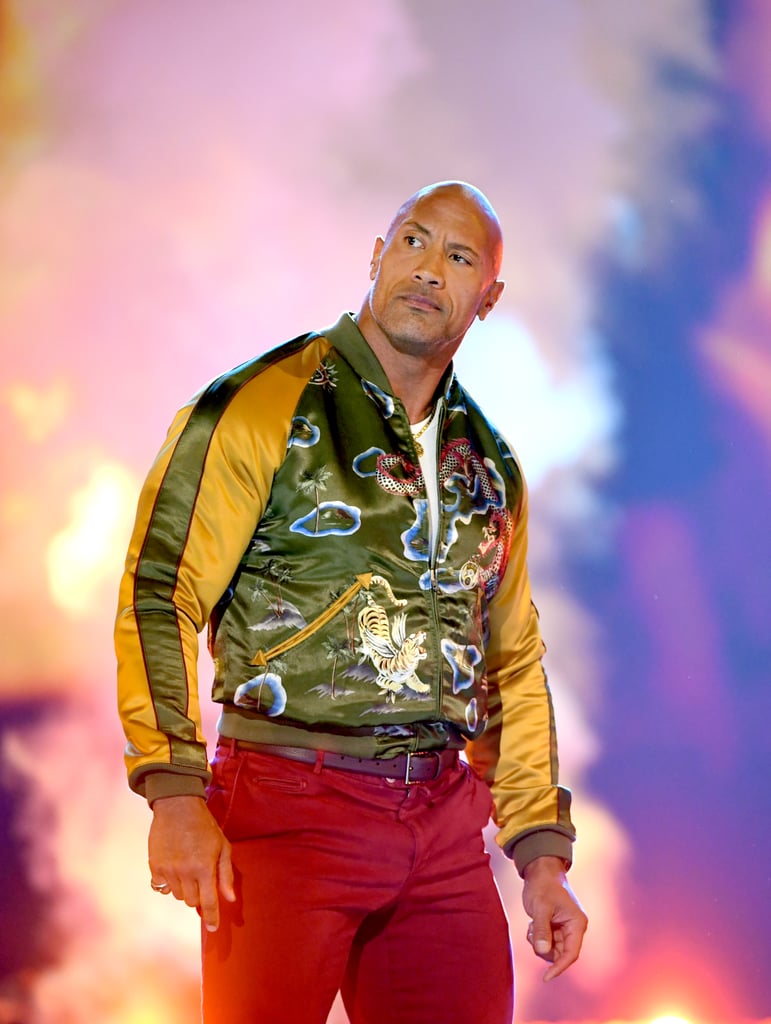 It seems like every celebrity has a signature pose, but Dwayne Johnson's is definitely unique. The 47-year-old does an eyebrow raise, which he appropriately named "The People's Eyebrow" back in his WWE wrestling days. Even though The Rock is no longer a wrestler, he's managed to carry over the pose into his acting career. Whether he's on the red carpet, at an award show, or even in a film (ahem, Hobbs and Shaw), Dwayne almost never misses the opportunity to show off his amazing brows. Can you blame him, though?

Related:
Holy Muscles! Is It Just Me, or Did Dwayne Johnson's Biceps Suddenly Get Way Bigger?
0
previous images
-20
more images
Previous Next Start Slideshow
Eye CandyDwayne Johnson
Around The Web

Antiracism
Dwayne Johnson Seemingly Calls Out President Trump in Impassioned Video: "Where Are You?"
by Monica Sisavat 04/6