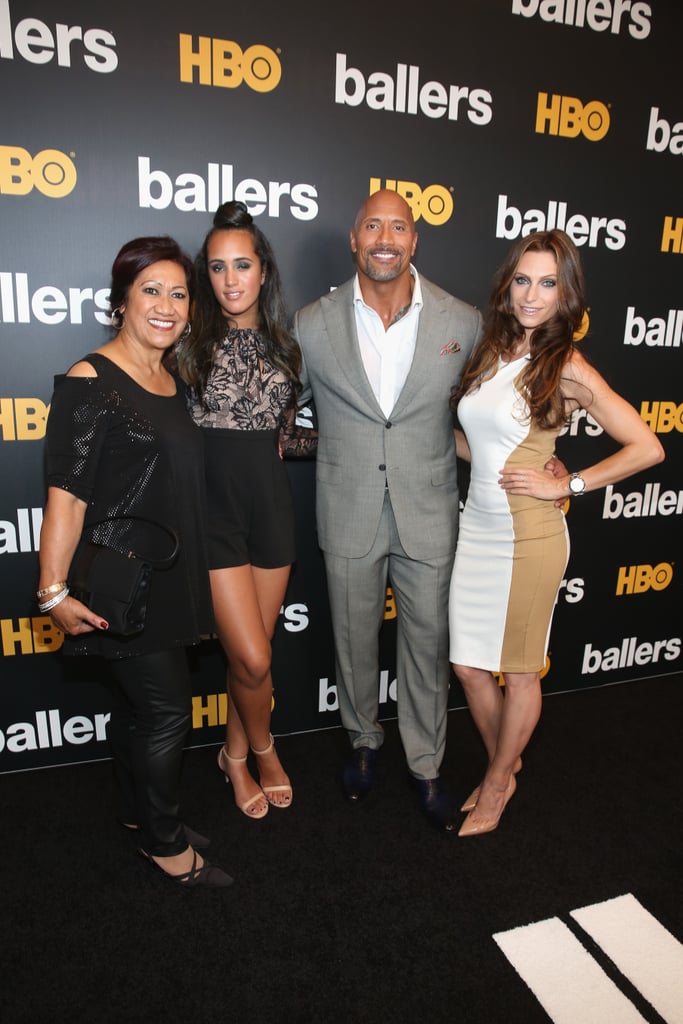 Dwayne Johnson had the loving support of his beautiful family at the Miami Beach premiere of Ballers' second season on Friday. The actor — who recently wrapped up his press tour for Central Intelligence — was all smiles as he posed for photos with his mother, Ata Johnson, daughter Simone Alexandra, and longtime girlfriend Lauren Hashian by his side. Later that evening, Dwayne took to Instagram to share photos from the event, including one where he thanked his fans for their support, writing, "We balled out... THANK YOU @HBO, my hometown city of Miami and the fans for making our black carpet premiere epic and unforgettable. Our NEW SEASON gets lit this SUNDAY on @HBO at 10pm. #ballers 🔥👊🏾💯"

2016 is shaping up to be a big year for Dwayne. Not only is Ballers returning for its second season (on Sky Atlantic and Now TV in the UK), but the actor has also been busy filming Fast 8 and the Baywatch reboot. In addition, Forbes recently named him the world's highest-paid actor. See more of Dwayne's latest appearance now, then prepare to swoon and laugh as we look back at 17 of his funniest moments.