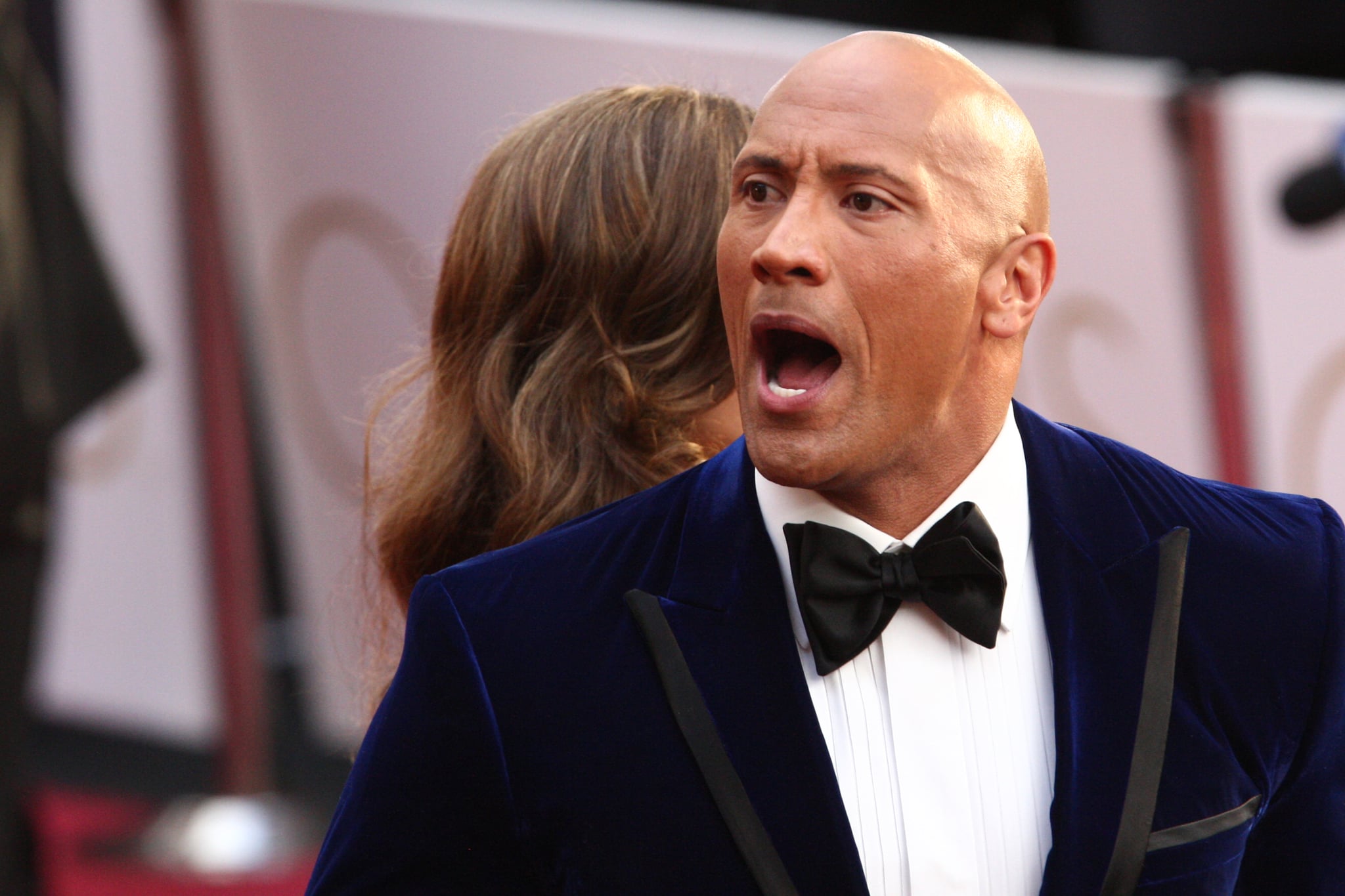 The Academy Awards are usually one of the most prestigious and esteemed award shows in existence, but one of the craziest moments in Oscars history went down on Sunday night. This year, La La Land was crowned best picture, when in reality, it should have been Moonlight. Fortunately, the mistake was quickly rectified, but a few stars with prime seats just couldn't believe their eyes. One of the stars in question was Dwayne Johnson. Dwayne — who attended the ceremony with longtime girlfriend Lauren Hashian — shared a photo of himself sitting in the audience on Instagram and penned his reaction to the entire fiasco in a lengthy post that reads as follows:

"😂 You can literally see my wheels spinnin' on whether or not I should hit the stage and take down an Oscars producer who I thought went rogue and was trying to sabotage our final moment of the night as La La Land was accepting for Best Picture. Seconds before this I saw out of the corner of my eye, the producer saying loudly, 'NO IT'S MOONLIGHT, the winner is MOONLIGHT!' as he walked up onto the stage. When he walked on stage, I remember sitting up and saying to @laurenhashianofficial, 'What the f*cks he doing?'. She grabbed my arm and said, 'Oh my God, they made a mistake'. The rest was history. In crazy moments like that, we need leaders to step up and take charge... I give La La Land producer, Jordan Horowitz much respect for stepping up to the mic and calling the Moonlight filmmakers and actors to the stage to accept their award. Thankfully, Jordan gave us the clarity we needed, because as much as I love and adore Meryl, I was willing to rumble over her to take down the producer going rogue. 😂 No business like show business. #Oscars #ThatLook #MattDamonWasReadyToGoBourne #IWasReadyToGoHobbs #LetsDoThis"

We're just glad he didn't lay the smackdown on anybody.