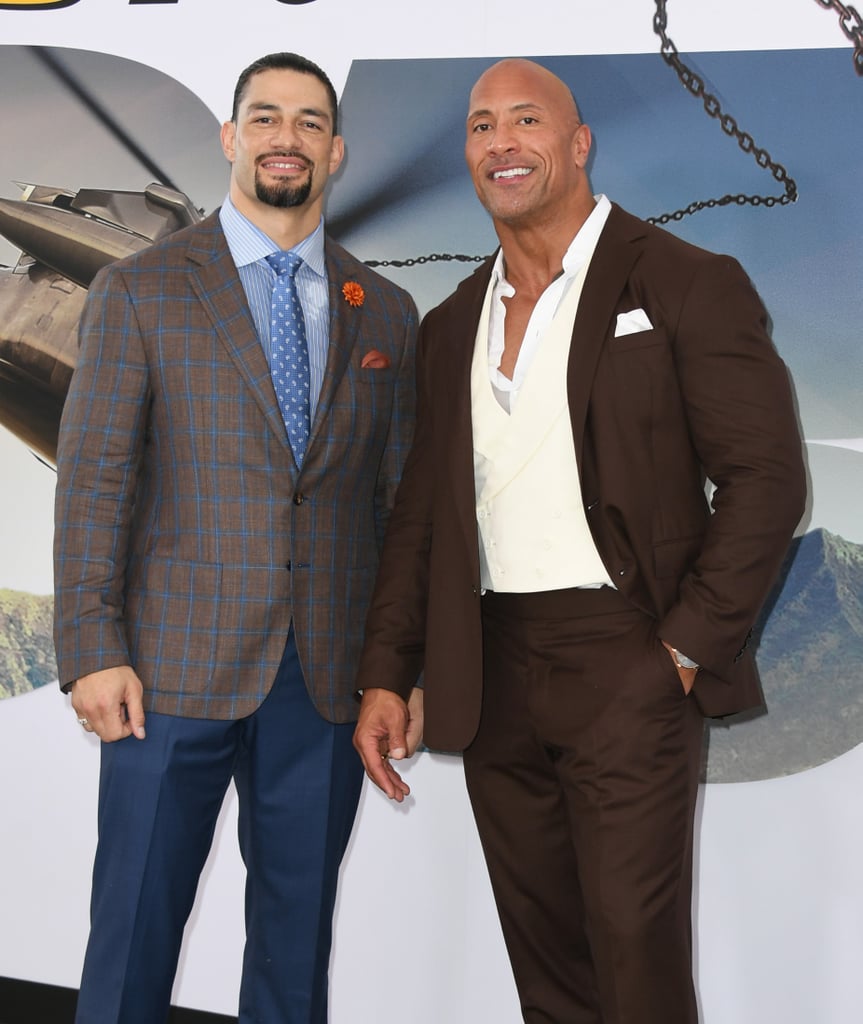 Dwayne Johnson and Roman Reigns (née Joe Anoa'i) play brothers Luke and Mateo in the Fast and Furious spinoff, Hobbs and Shaw, but they also share a special family connection in real life. Even though they're not technically related, Dwayne and Roman often refer to each other as cousins since their families have known each other for years.

Hobbs and Shaw marks the 34-year-old WWE wrestler's first movie role since his leukemia went into remission earlier this year. In an interview with ET, The Rock revealed why Roman was the perfect choice for the film. "When we had the opportunity to showcase my Samoan culture, I thought, 'Well let me go get my real blood,'" he explained. "And, I went out and got Roman Reigns, but he had to earn the part. He sent his audition tape in like everybody else." Roman has been battling cancer since he was 22, and back in October 2018, he relinquished his WWE Universal Championship to battle the disease. We're so glad to see he's doing much better!