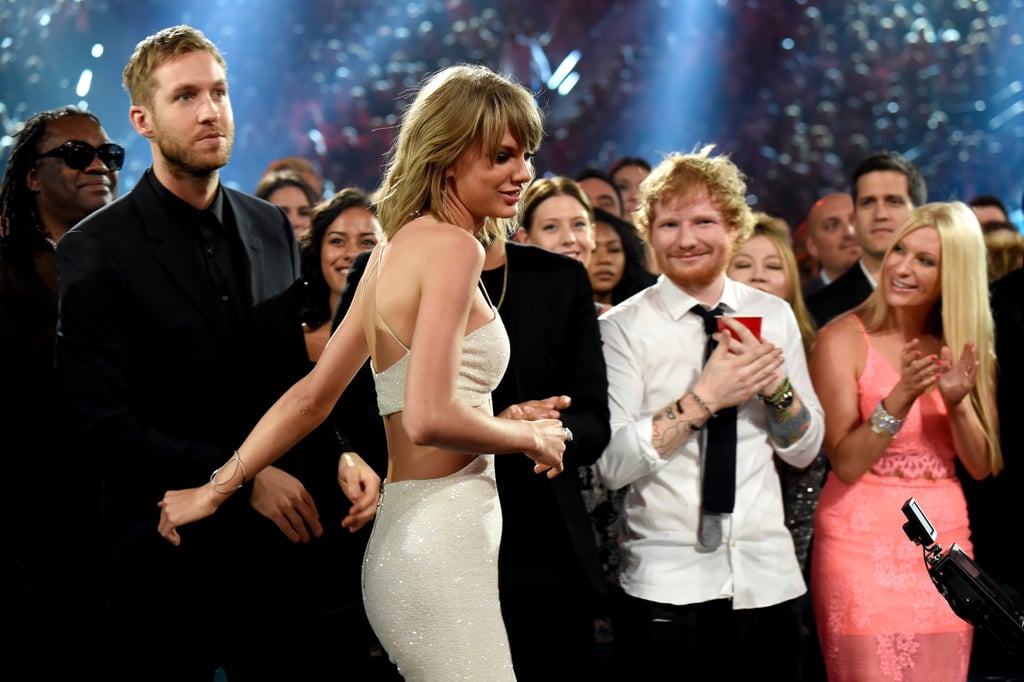 And Here's Ed Just Adorably Smiling at Taylor With His Cup

Ed Sheeran may or may not have stopped by a kegger on his way to the Billboard Music Awards in Vegas on Sunday. OK, probably not, but the singer did have a red cup in his hand most of the night. In between all his cute buddy-buddy moments with Calvin Harris, Ed watched the show while holding on to his cup, all smiles. Throughout the night, he and his red cup posed for pictures with some of the night's biggest stars, including his BFF Taylor Swift, the Entourage crew, and country star Brett Eldredge.

It was an exciting show for Ed, who took the stage to perform "Bloodstream" and was also nominated for several awards, including top male artist, top Billboard 200 album, and top radio songs artist. On Monday morning, he shared a hilarious tweet on Twitter, saying, "This morning is nah." Just for fun, check out some of the best pictures of Ed Sheeran and his red-cup date, then watch him sing a Britney Spears hit.

British Celebrities
Stop Right Now: The Spice Girls Are Back With New Music For the First Time in 14 Years
by Navi Ahluwalia 1 hour ago