Alicia Vikander is still pretty new on the Hollywood scene, but this year her multiple award nominations (and wins!) have catapulted her into the spotlight. At this year's Oscar luncheon, Vikander admitted she's still learning the ropes of the press and award season circuit, but she has had some help: costar Eddie Redmayne. Her onscreen husband from The Danish Girl was an Oscar winner last year for The Theory of Everything, so Redmayne was able to give her some tangible advice for managing the craziness of the Oscars and award season. Spoiler alert: it will warm your heart.

Vikander said, "When we were shooting last year, he was in the mix of doing all this. I think I wondered, how do you keep your head straight, and how do you fly out each weekend to LA and do interviews? I think I learnt by watching him because he was so much about doing that, and he said try to enjoy it, because it is really wonderful. So that's what I've been trying to do." 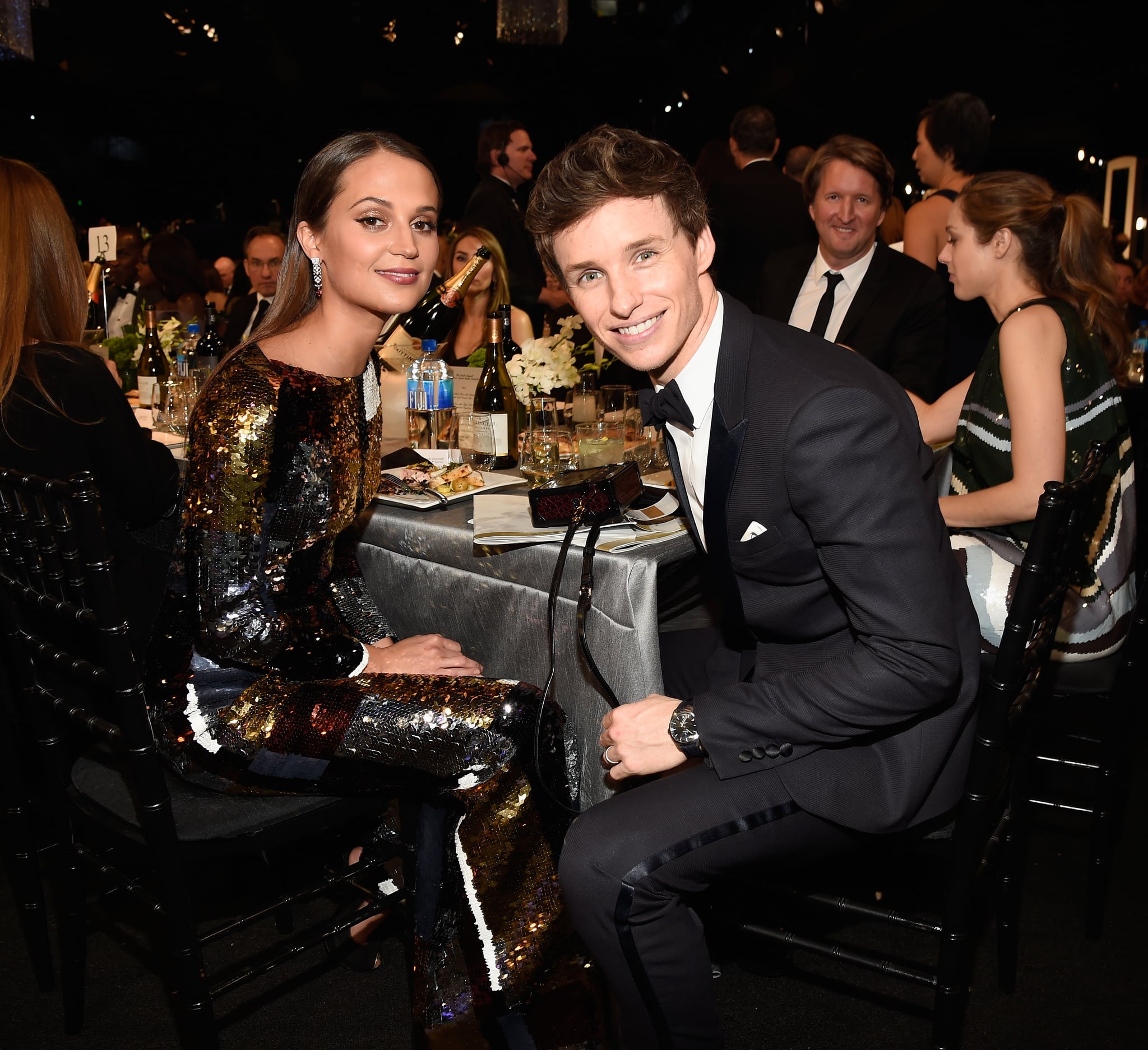