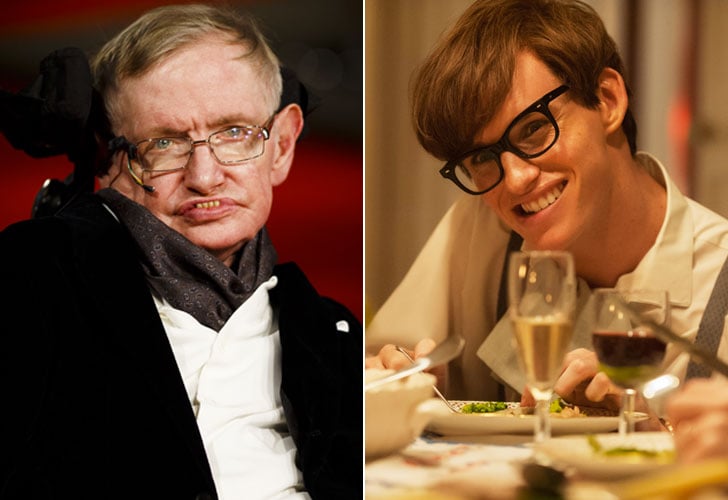 Eddie Redmayne's portrayal of famed scientist Stephen Hawking in the 2014 drama The Theory of Everything was so spot-on, that the 36-year-old star won an Oscar for his exceptional work. Eddie attributed much of his layered performance to the real-life meeting he had with Stephen himself just a few days before the film began shooting, which he called "an astounding moment." The bond they shared — Stephen later called Eddie's work so realistic that "at times, I thought he was me" — has naturally left the actor gutted by the English theoretical physicist and cosmologist's death.

Stephen passed away at age 76 on Tuesday after a decades-long struggle with motor neuron disease ALS. Redmayne released a touching statement about the loss to Deadline, reflecting on both Stephen's work and his personality. "We have lost a truly beautiful mind, an astonishing scientist and the funniest man I have ever had the pleasure to meet," he said. "My love and thoughts are with his extraordinary family."

Other prominent Hollywood figures, like Dan Rather and Neil deGrasse Tyson, have similarly shared their grief over Stephen's death on social media.

Celebrity Interviews
Normani Just Revealed That She's Sitting on 2 to 3 Albums of New Music, and I Don't Know How to Feel
by Naledi Ushe 22 hours ago

Zendaya
Zendaya Gushes Over Tom Holland: "Even Though He's Not a Virgo, He Is a Perfectionist"
by Princess Gabbara 1 week ago