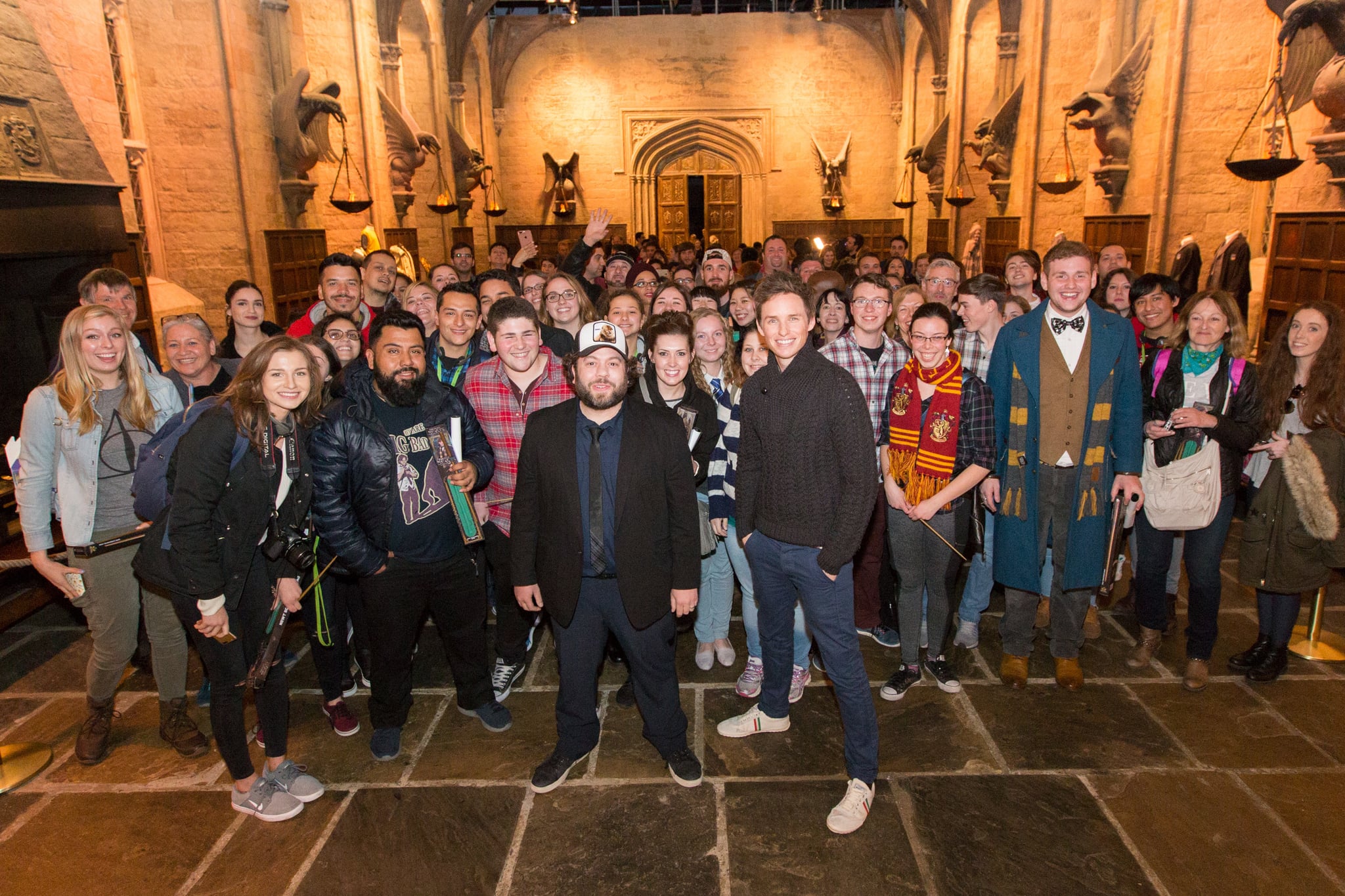 A trip to the Warner Bros. Studio Tour is a must for any fan of J.K. Rowling's wizarding world, but imagine turning up for your tour only to be greeted by Newt Scamander himself! Eddie Redmayne and his Fantastic Beasts and Where to Find Them costar Dan Fogler made a surprise appearance at the set of Hogwarts' Great Hall, chatting and taking photos with some very excited fans (including one guy very appropriately dressed in Newt cosplay!). The cast members were there to celebrate the home entertainment release of the film: it's available now Digital HD and is released on 4K, 3D, Blu-ray, and DVD on 27 March.

The studio tour, which takes place at Leavesden Studios in Watford, has recently been revamped to include a new attraction, the Forbidden Forest, which plays host to some of the magical creatures from the Harry Potter films (including Buckbeak and Aragog). It opens at the end of the month. We wonder if, following Eddie and Dan's visit, there might be a Niffler hiding out there too?