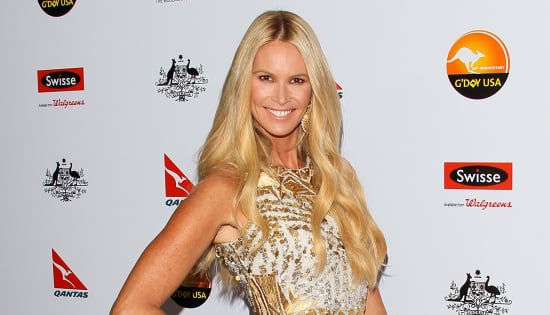 Us Weekly reports that Elle Macpherson tied the knot with billionaire Jeffrey Soffer in front of close friends and family during a ceremony in Fiji. The couple, who dated for two years before taking a break from their romance back in March 2012, became engaged in March 2013. Elle showed off her giant diamond ring in London shortly after Jeffrey proposed. Congrats to the happy couple!