Well here's something I didn't see coming — while the industry is buzzing with rumors about who may take Simon Cowell's place on American Idol, Ellen DeGeneres has bowed out of judging duties after only one season. She released the following statement: 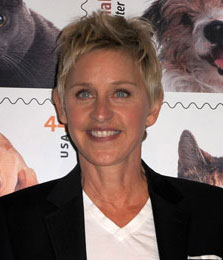 "I told them I wouldn’t leave them in a bind and that I would hold off on doing anything until they were able to figure out where they wanted to take the panel next. It was a difficult decision to make, but my work schedule became more than I bargained for. I also realized this season that while I love discovering, supporting and nurturing young talent, it was hard for me to judge people and sometimes hurt their feelings. I loved the experience working on Idol and I am very grateful for the year I had, I am a huge fan of the show and will continue to be."

Reports today also claim that Kara DioGuardi has been fired, and the show will go back to a three-judge format with Randy Jackson, Jennifer Lopez and Steven Tyler. With her five-year contract, I didn't expect to see Ellen drop out. Are you surprised to hear this news?