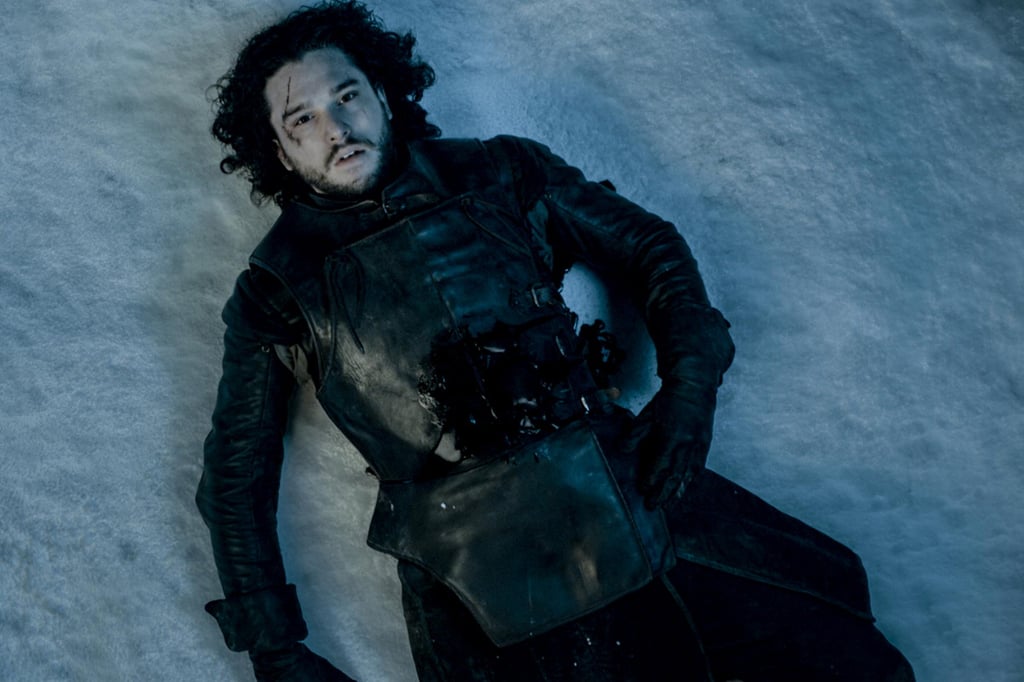 There were several major deaths on Game of Thrones' season finale, but none hit home as hard as the assassination of the sad, sexy Jon Snow. The character is blindsided when the Night's Watch turns on him, driving their swords into him one by one until he falls back into the snow and an expanding puddle of his own blood. There are plenty of reasons to doubt his death, and even theories about how he'll return. A handful of important people in the Game of Thrones universe have talked about the heartbreaking storyline, and costar Emilia Clarke is the latest. Take a look!