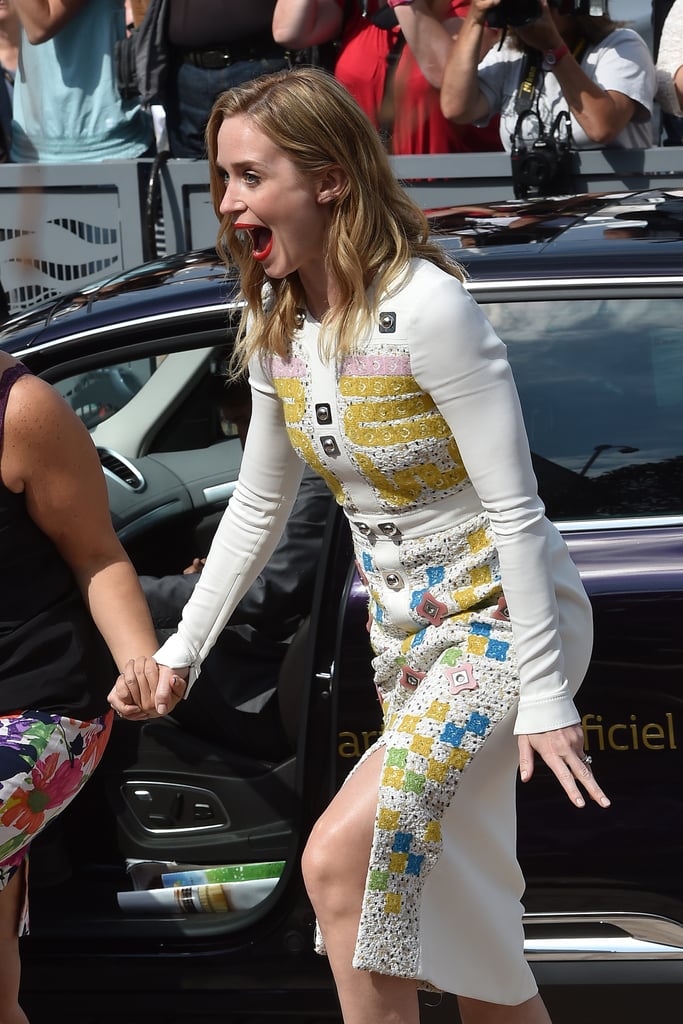 Emily Blunt Is Having a Ball in Cannes, Even Without Her Handsome Hubby

Emily Blunt may have travelled to the Cannes Film Festival without her other half, John Krasinski, but flying solo hasn't stopped her from having fun with other stars. She posed for photos in a gorgeous silver column gown at the red carpet premiere of her film Sicario on Tuesday and was all smiles while ascending the famous Cannes staircase. Earlier that day, when she wasn't attending the photocall for the film with costars Benicio Del Toro and Josh Brolin — she gave an insightful interview at the movie's panel, even weighing in on the controversial "no flat shoes" rule that Cannes has reportedly instituted — Emily was partying it up with Sienna Miller, Rachel Weisz, and Jake Gyllenhaal at a Calvin Klein bash, clad in a slinky nude gown from the brand's designer, Francisco Costa, on Monday night. Keep reading for photos of Emily having a total blast in the South of France.