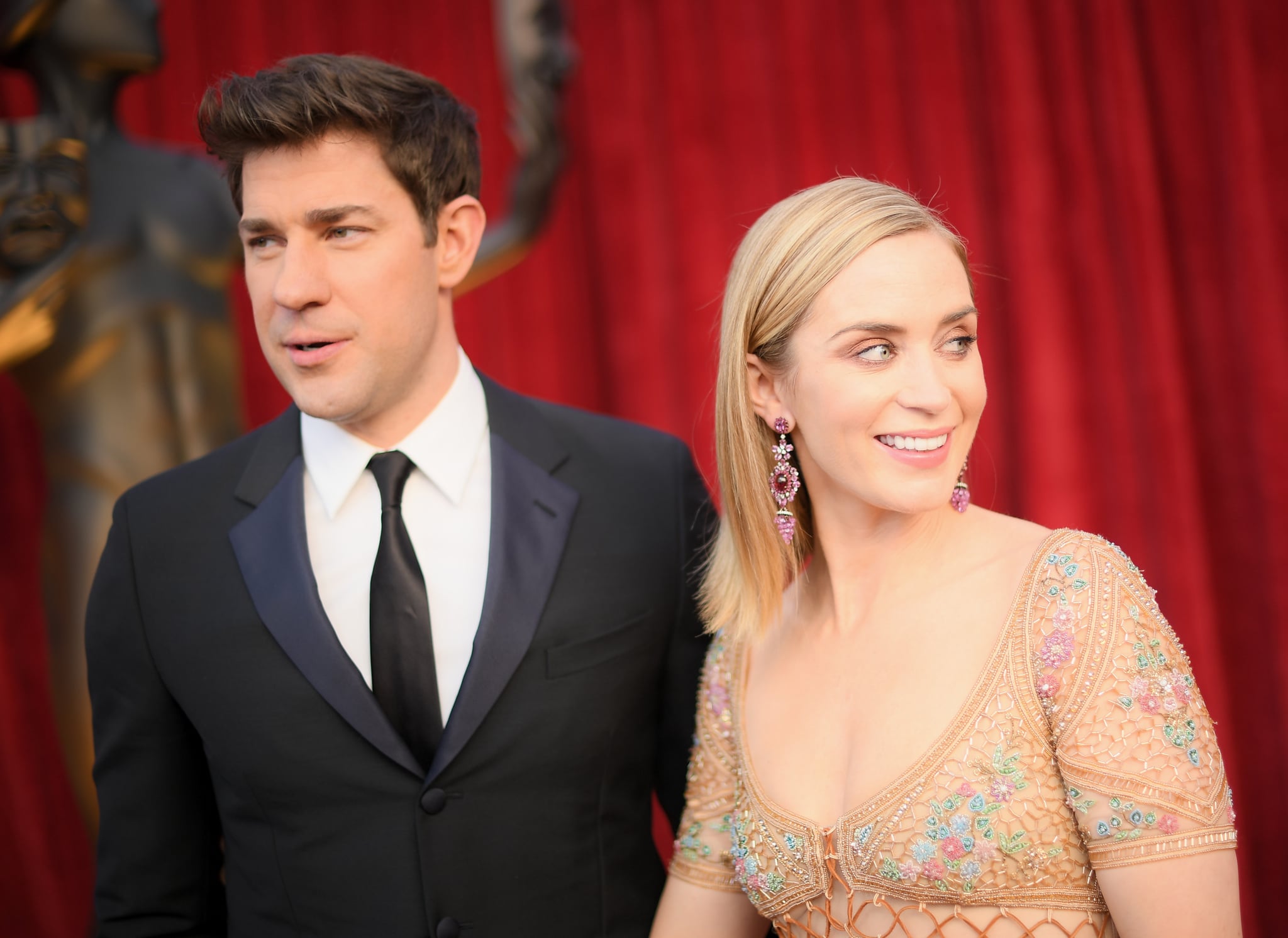 Clearly the Hollywood gods have been listening to our prayers about a movie starring both John Krasinski and Emily Blunt. The Office star is slated to direct, write, and star in a supernatural thriller called A Quiet Place alongside his wife of seven years, making it his third directorial effort following 2016's The Hollars and 2009's Brief Interviews With Hideous Men. So far a plot has yet to be revealed, but Michael Bay is on board as a producer alongside Krasinski and his Sunday Night production company partner Allyson Seeger. Back in September 2016, Krasinki told us they "would love" to work together, so clearly we're not the only ones who were dreaming of this.