Emily Ratajkowski is a officially a married woman! On Friday, the model revealed that she got married to Sebastian Bear-McClard. "Sooo, I have a surprise," she wrote on her Instagram story. "I got married today." The couple reportedly tied the knot at City Hall in NYC in front of a few close friends, including social media star The Fat Jewish. Aside from showing off her yellow ensemble, she also gave a glimpse of the couple's matching wedding bands.

Emily previously dated Jeff Magid, though she seemingly confirmed their breakup when she was spotted kissing Sebastian on Valentine's Day. Congrats to the couple! 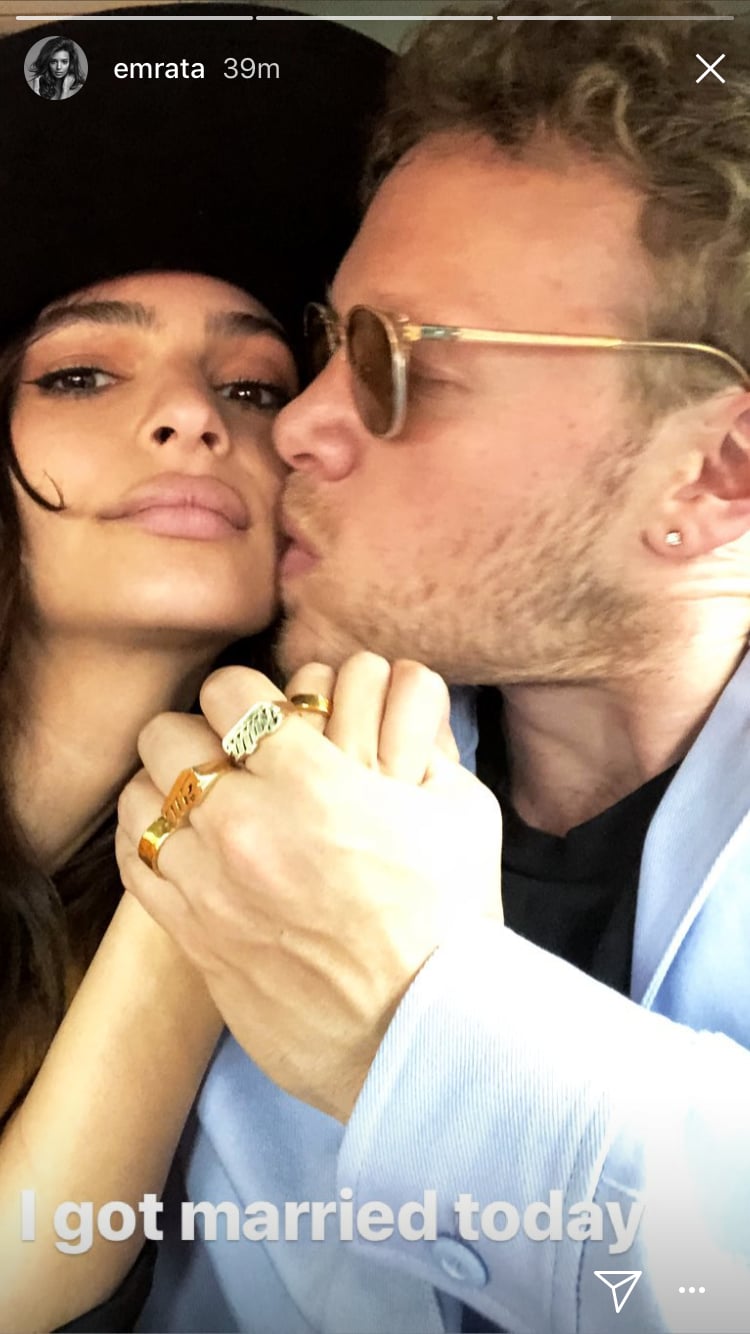