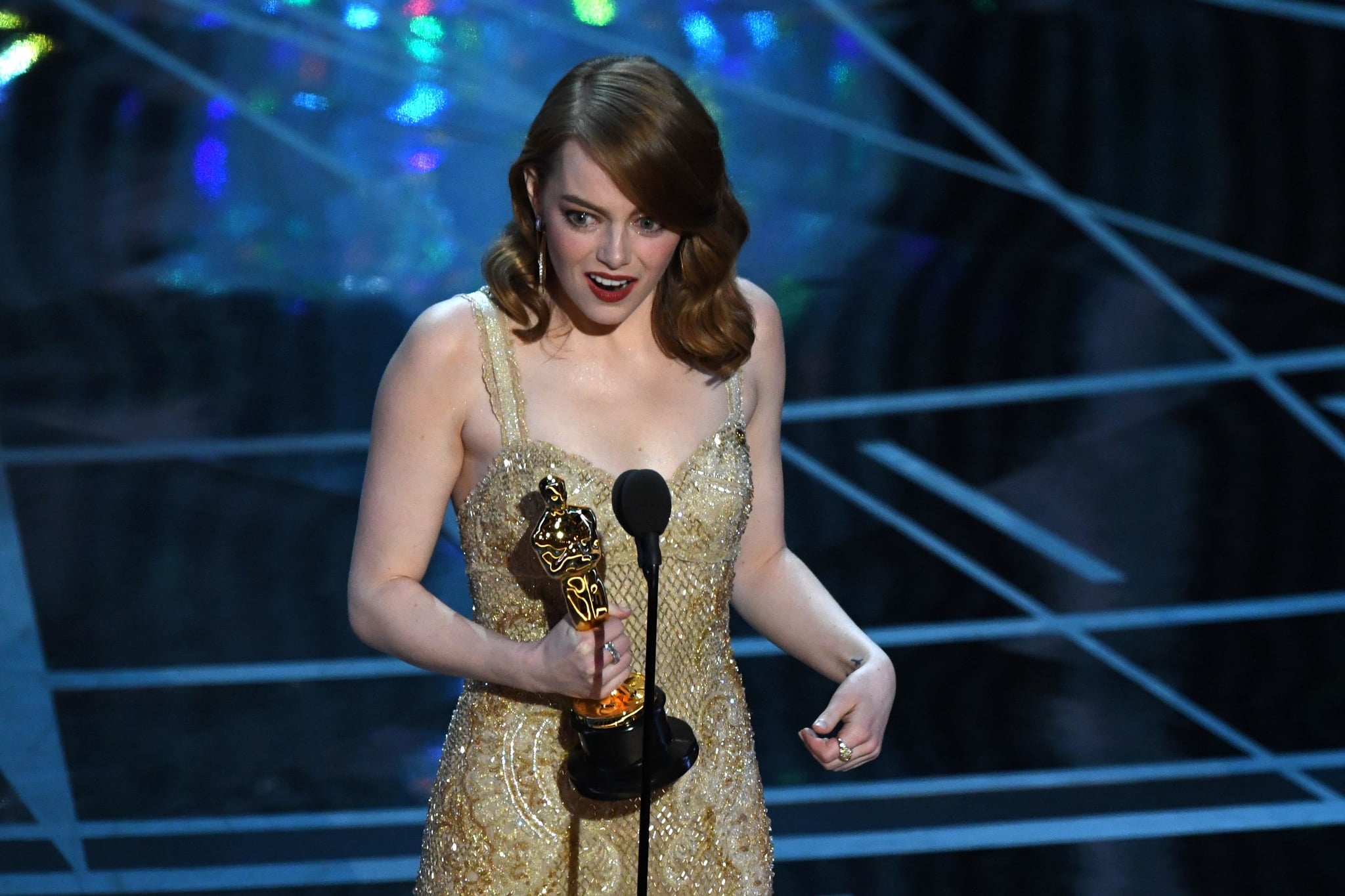 "Did you guys see that?" That was the first thing Emma Stone said when she walked into the press room backstage at the Oscars. Stone, of course, was answering questions about her best actress win, but when La La Land was mistakenly announced as the best picture winner instead of Moonlight, she naturally felt compelled to address the controversy. "I f*cking love Moonlight," she said as an aside. "God, I love Moonlight so much; I'm so excited for Moonlight. Of course, it was amazing to hear La La Land; we're so excited for Moonlight — it's one of the best movies ever. . . . Also, I was holding my best actress card the whole time. So whatever story they told . . . I'm not sure what happened." The kerfuffle will go down as one of the craziest moments in Oscars history, even if we're still not entirely sure what happened.