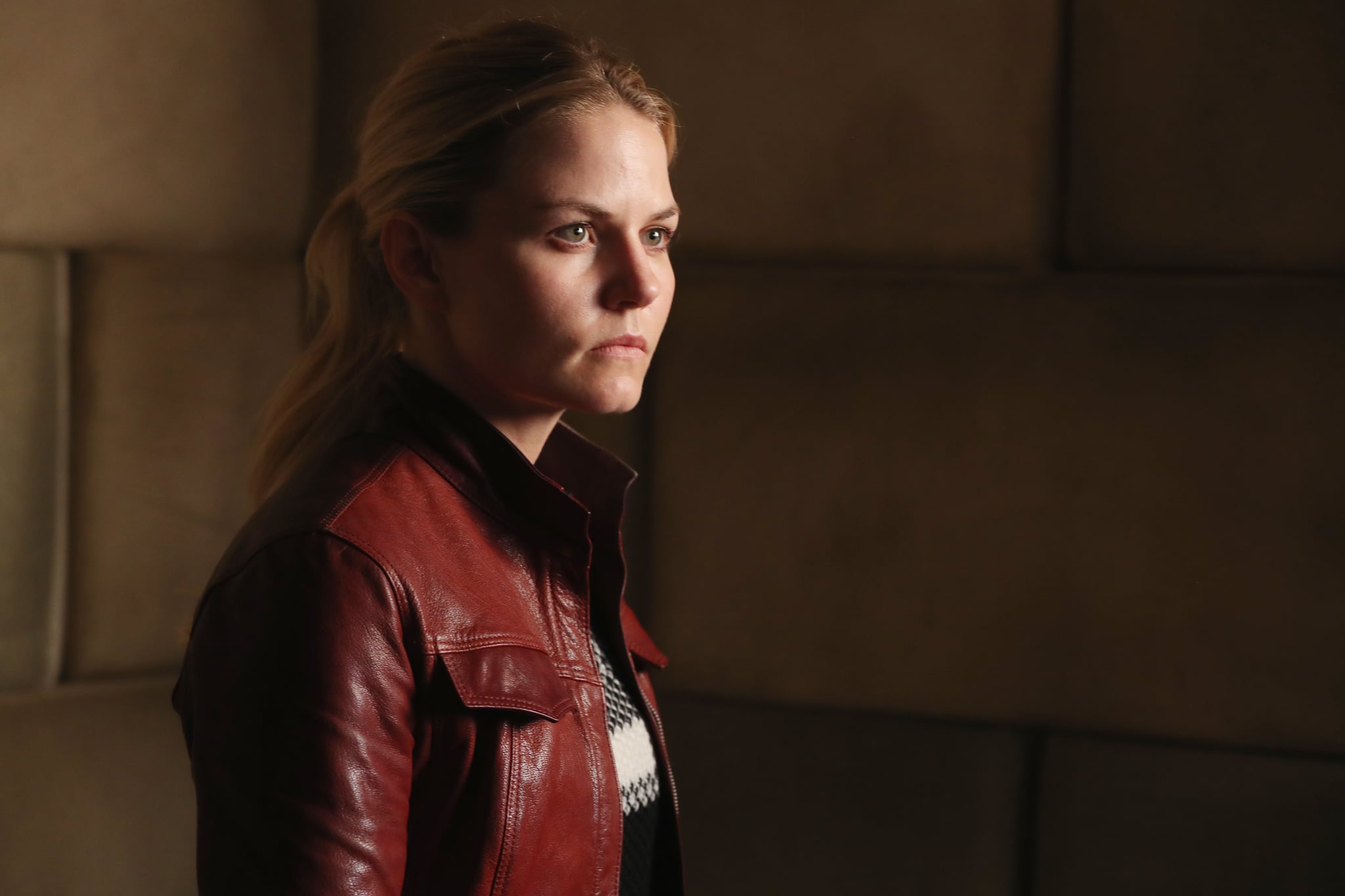 If you haven't seen the season six premiere of Once Upon a Time on Nexflix yet, it's time you caught up. Not only was there a steamy kissing session between Captain Swan and a heartwarming tribute to Beauty and the Beast, but the episode really set the scene for the rest of the season. Of course, one of the biggest reveals had to be the dark fate of Emma Swan. She may be a hero, but it seems like not all saviours get happy endings. So, is Emma going to die this season? Let's look at the evidence.

In the episode, Mr. Hyde tells Emma that the answer to her mysterious visions lies with a red bird, which I'm only assuming is Iago from Aladdin. She sets out to find it, and sure enough it leads to a woman, alone, in the woods, under a tree, in the complete dark. Not spooky at all, right? The lady proceeds to make Emma stare into a creepy bird staff with glowing eyes, and it is then that she sees her vision in full. As she fights a hooded figure in the middle of Storybrooke, she is disarmed and, as a result, fatally stabbed. Worst part? In the end, the mysterious woman reveals that the vision is actually her future and that no path she takes will change the outcome.

Of course, this news doesn't go over well for Emma. How many times have the Charmings been in near-death experiences and lived to tell the tale? It was just last season that the whole gang travels to the Underworld, and now some random lady is predicting Emma's death? It seems hard to believe, except there is some backing to her claim. As Jafar points out in the very first scene with Aladdin, saviours don't get happy endings, and he's not exactly wrong. From birth, Emma's life hasn't been easy. She has been ripped away from her family, put into foster care, betrayed by the person she loved, and thrown in jail, and every single guy she has developed feelings for has died (Hook included). Since the show is all about happy endings, it would be pretty bleak if the main heroine doesn't live happily ever after.

During the vision, I couldn't help but notice the similarities between the hooded figure and the Dark One. Right down to her hand tremors, it seems like Emma may still be battling her inner demons. With the addition of Dr. Jekyll and Mr. Hyde's story this season, is it possible that Emma was fighting herself?

The Importance of Emma's Leather Jacket

All good heroes need armour, and for Emma, it's her red leather jacket. The writers even made a special reference to it last season. It may just be figurative, but guess what? She isn't wearing it in the vision. Why would Emma go to battle without donning her signature coat of armour? Guess we'll just have to wait and see as this season progresses.