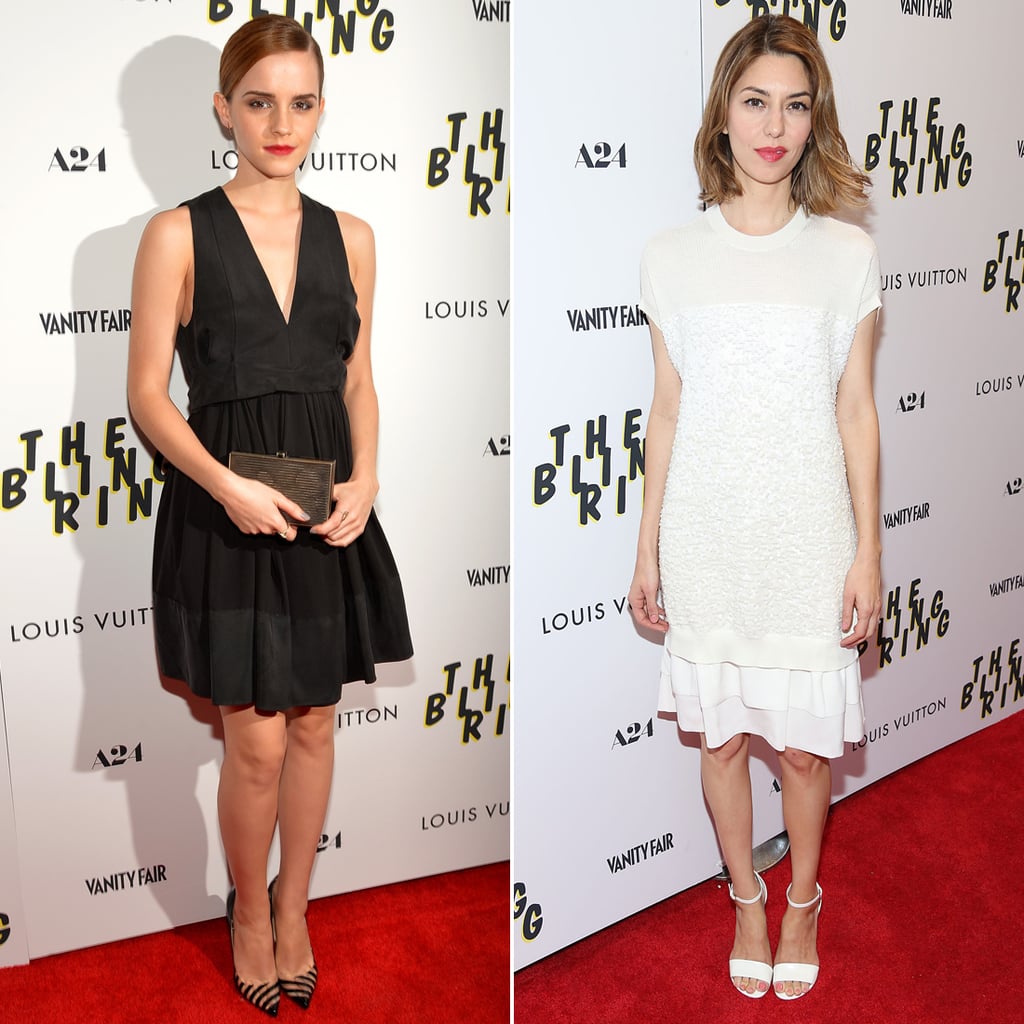 Emma Watson Brings The Bling Ring to the Big Apple

Emma Watson and her Bling Ring costars premiered their new project in NYC last night at the Paris Theatre. She was joined by director Sofia Coppola, Katie Chang, Israel Broussard, and the rest of the cast for the East Coast fete for the new film. The gang hooked up in LA last week when they premiered The Bling Ring alongside stars like Gwen Stefani and real-life Bling Ring victim Paris Hilton. While at the West Coast celebration, Paris told us that she still gets emotional when thinking about getting robbed by the group of Hollywood teens who targeted her home in 2008. Interestingly enough, Paris revealed that she never received an apology from the young criminals, who are all currently free and out of jail. Find out more about the robber bunch, including why they targeted Paris and which former Disney stars were next on their list before they got caught, in our real-life Bling Ring facts.