Emma Watson attended the premiere of her new film, The Circle, at the Tribeca Film Festival in NYC on Thursday, but the event really turned out to be a full-circle moment for her. After posing for photos on the red carpet with costar Tom Hanks, the actress had a sweet reunion with her Harry Potter costar Bonnie Wright. Emma and Bonnie played friends Hermione Granger and Ginny Weasley in the magical series, and Emma's character also went on to marry Ginny's older brother Ron (Rupert Grint). A photo of their reunion was caught by a lucky red-carpet-goer and shared on social media.

Emma and Bonnie's meetup isn't the first Harry Potter reunion we've seen recently, as the cast has been getting back together left and right in recent months. In addition to Bonnie hanging out with Rupert at a party in LA in March, Warwick Davis (Professor Flitwick/Griphook), Evanna Lynch (Luna Lovegood), Oliver Phelps (George Weasley), and James Phelps (Fred Weasley) attended a Forbidden Forest event at The Making of Harry Potter Warner Bros. Studio Tour in London. Emma also had the support of Matthew Lewis (Neville Longbottom) and Tom Felton (Draco Malfoy) at the LA premiere of Beauty and the Beast. We guess that WhatsApp group chat the cast has going really works. 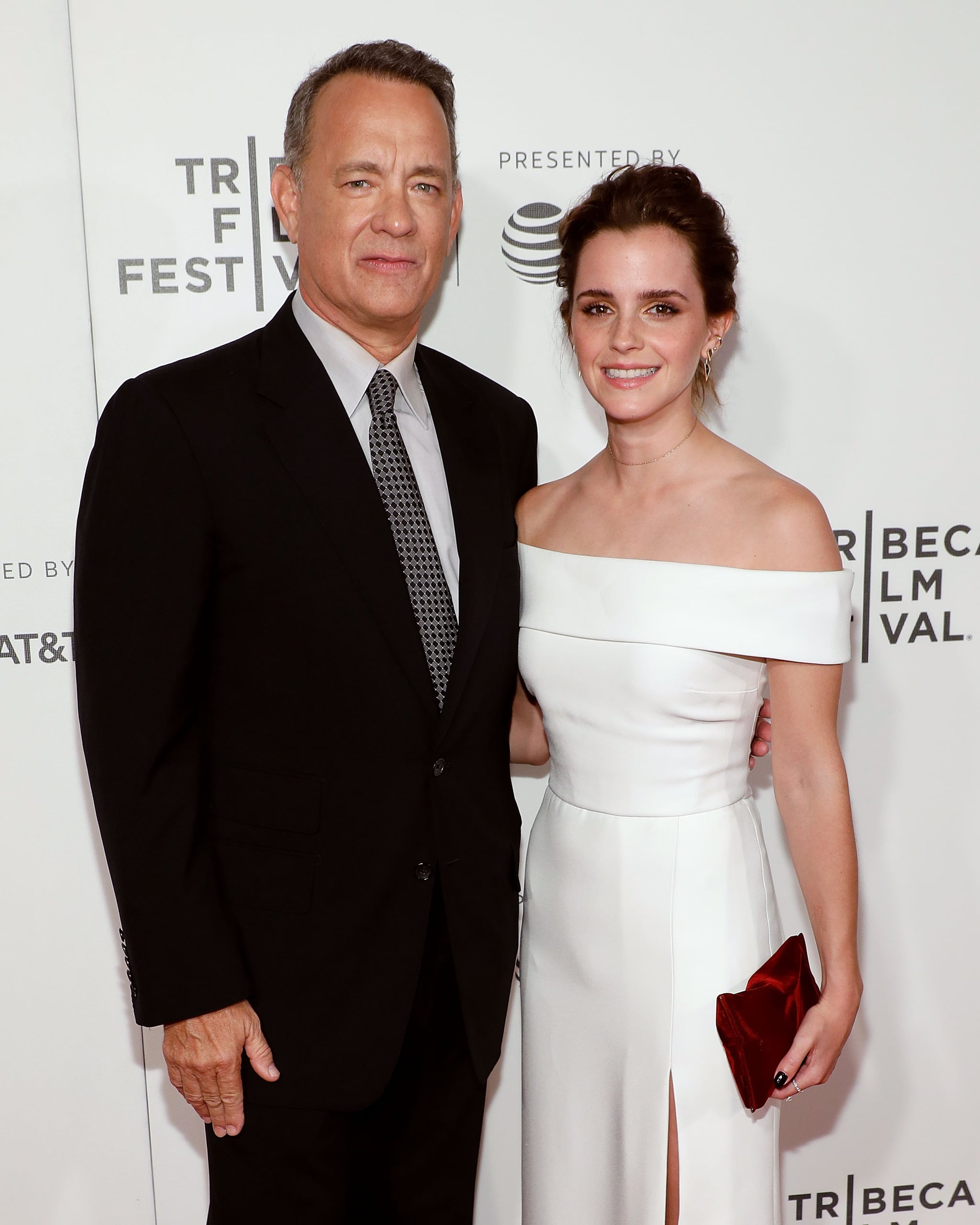