Emma Watson wore a Tom Ford jacket and shoes to stop by the Late Show With David Letterman yesterday in NYC. She chatted about her upcoming film, The Perks of Being a Wallflower, which will premiere at the Toronto International Film Festival ahead of its Sept. 20 release. Host David Letterman asked Emma about the film, which addresses heartbreak. Emma responded, "It's a right of passage . . . [that] first boyfriend who breaks up with you and you think the world is going to end. It's awful — everyone has some version of that." The 22-year-old star may be best known as Hermione from the Harry Potter series, and she addressed breaking out of that mold in the October issue of Glamour. Next up for Emma will be a trek to LA, where she'll be in attendance at tonight's MTV VMAs.

British Celebrities
Emma Watson Is the "Bag Lady" of Her Friends, and We Can See Why — She Carries Nutella!
by Chanel Vargas 15/12/19

eliza scanlen
The Little Women World Premiere Made Me Wish I Was a March Sister — See the Photos!
by Karenna Meredith 10/12/19 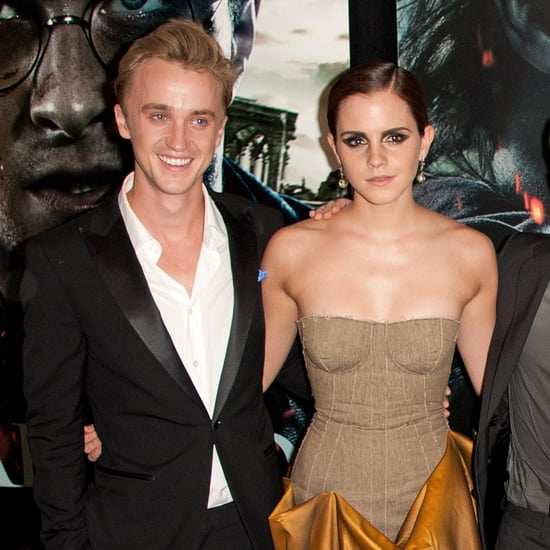