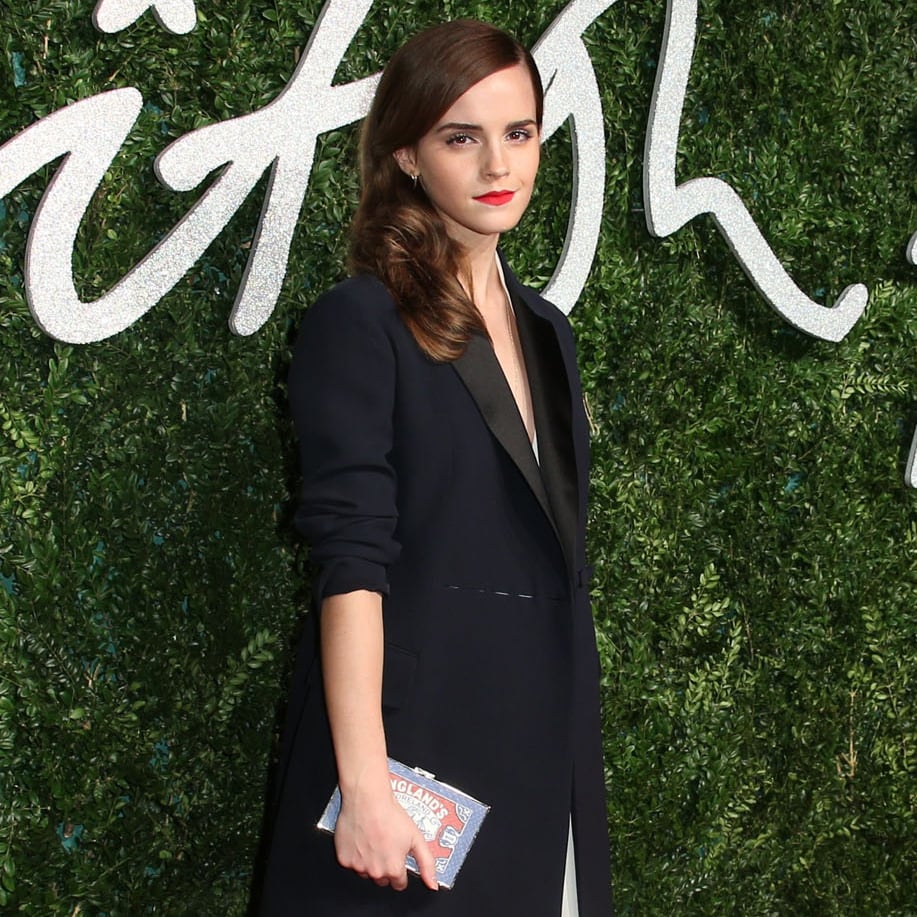 Emma Watson is single again. The actress and her boyfriend, Oxford University student and rugby player Matthew Janney, reportedly split last month. Emma's rep confirmed the news this week, saying the split was "amicable" and that the two have remained friends. Emma and Matthew were first spotted together back in January, during a PDA-filled beach vacation in the Caribbean. They kept their romance rather private, though we did catch glimpses of them together in Spain and around NYC.

Despite the recent breakup, Emma is having a pretty good year. She shot the thriller Regression with Ethan Hawke and is currently filming a political drama, Colonia Dignidad, with Daniel Brühl and Julian Ovenden in Argentina. She graduated from Brown University in May and was named a UN Women Goodwill Ambassador; she delivered a powerful speech in September to launch the #HeForShe gender equality campaign. Most recently, Emma caused a stir at the British Fashion Awards when she was photographed with One Direction's Harry Styles — we have to admit, they do make a pretty attractive pair. Now that Emma is single, maybe she'll give Harry a call? See more of the year's biggest celebrity breakups here.