England has been unsuccessful in its bid for the 2018 World Cup. David Beckham, Prince William, and David Cameron all travelled to Zurich this week to put forward the country's case in preparation for the announcement today. The decision was due at 3pm, but was delayed until now, when it was revealed Russia will be the host. What do you think of the result? 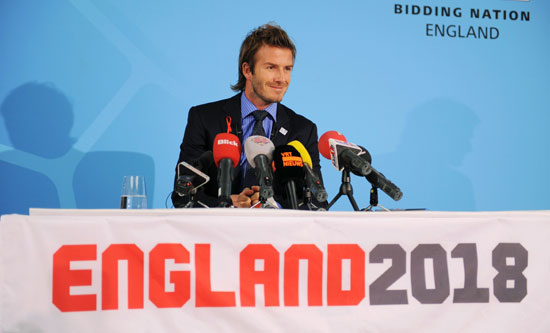