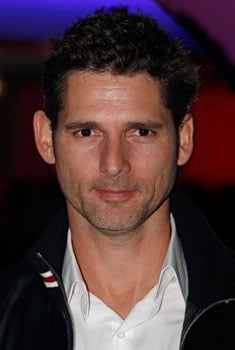 Eric Bana may hail from Australia, but he's about to play an American icon. Bana will play Elvis Presley in Elvis & Nixon, alongside Danny Huston as President Nixon. The film marks the directorial debut of Cary Elwes (perhaps best known as Westley from The Princess Bride) and will focus on a meeting between Presley and Nixon that took place at the White House in December of 1970. The meeting was apparently Presley's idea and was proposed via a six-page letter that made note of the fact that Presley wanted to be Nixon's "federal agent-at-large" in the Bureau of Narcotics and Dangerous Drugs. (Which is pretty depressing in light of what happened to Presley just seven years later.) The film sounds a bit like My Week With Marilyn in the sense that it's not a straight biopic but more of a cross-sectioned look at the life of a legend. Can you see Bana as the king of rock 'n' roll?