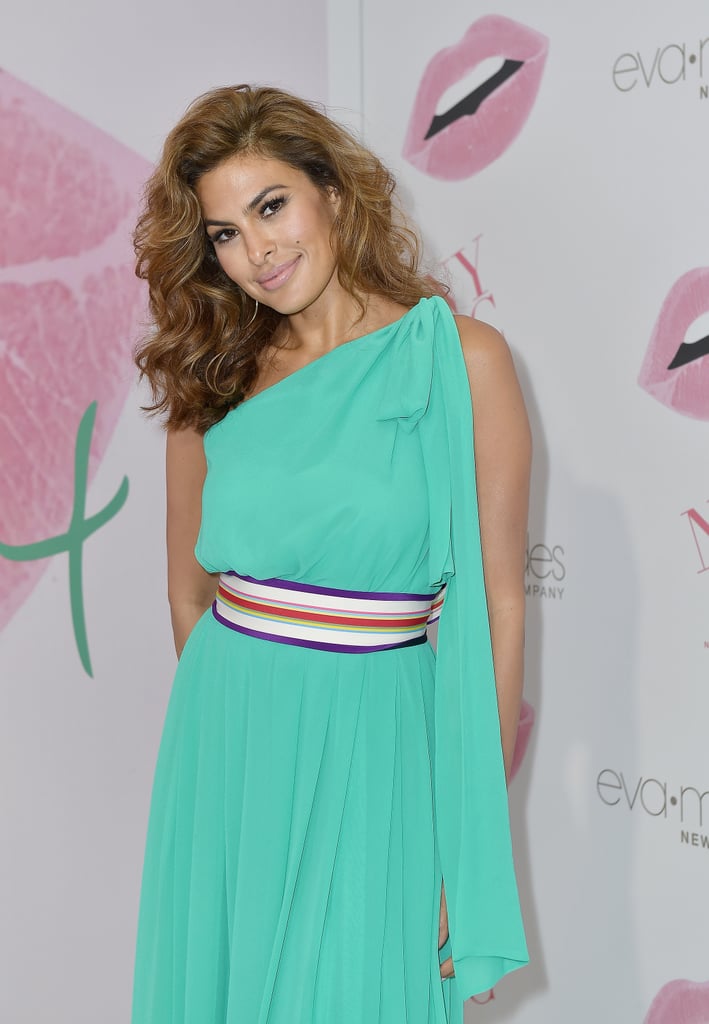 On Thursday, Eva Mendes popped up in Miami (which is funny considering she starred in Will Smith's "Miami" music video 20 years ago) to debut her new collection for New York & Company. The actress stunned in a mint-coloured dress and posed for a photo with the company's CEO, Greg Scott. The work trip comes just a couple weeks after the Oscars, where Eva's partner, Ryan Gosling, was nominated for a best actor award. While we definitely hoped that Eva would attend the event with him, she opted to cheer him on from home with the couple's two daughters, Esmeralda and Amada. Of her choice to skip the ceremony, Eva told Shape magazine, "What people don't know about me is that I love being home. Instead of hitting the red carpet, I'd rather be with our girls."

Ryan was back out and looking handsome for the premiere of his new film, Song to Song, at the SXSW festival in Austin, TX, last week. Though Eva didn't walk the red carpet with her man, she did make her presence known by sharing a photo of the Paramount Theatre on Instagram.