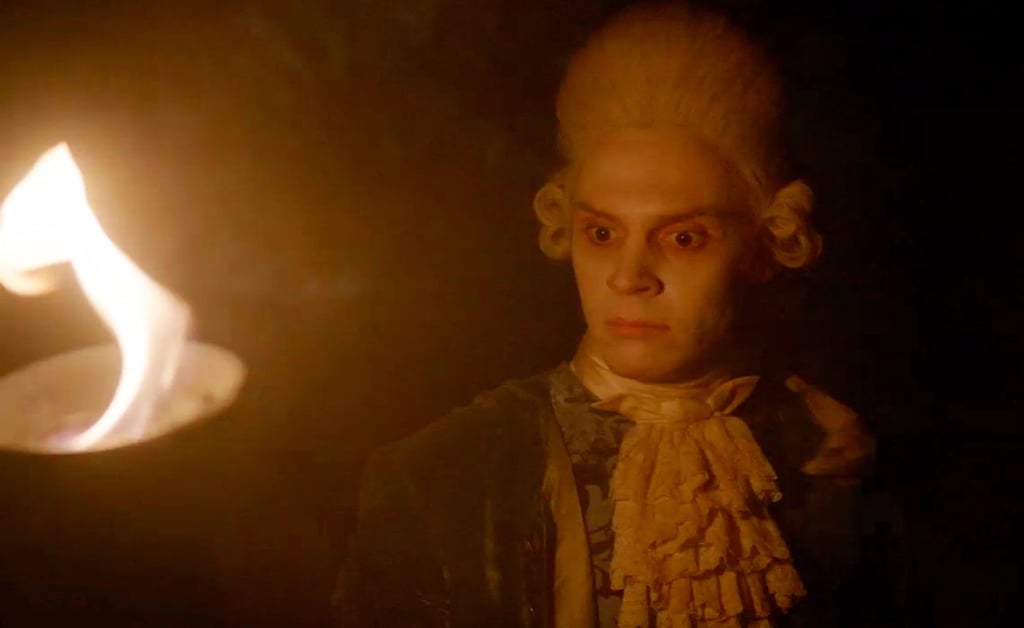 Going into episode six of American Horror Story: Roanoke, I assumed the big shocker would be the huge "twist" that Ryan Murphy had been hyping for weeks. Sure, sh*t gets real when — spoiler alert — we are taken outside of the show-within-the-show, My Roanoke Nightmare, and meet the greedy producer (Cheyenne Jackson), but the most memorable moment doesn't come until the end.

Just one week after Evan Peters is introduced as one character (who promptly dies), we get to meet him as Rory, the actor who was playing the original character, then Rory is murdered. He's stabbed by the nurses, who are all too happy to complete their favourite word: MURDER. "R" is for Rory, see? This show should be called American Tragedy, the way they're treating Evan Peters. Let's hope he comes back, but for now, take comfort in the fact that you're not alone in feeling utterly betrayed.