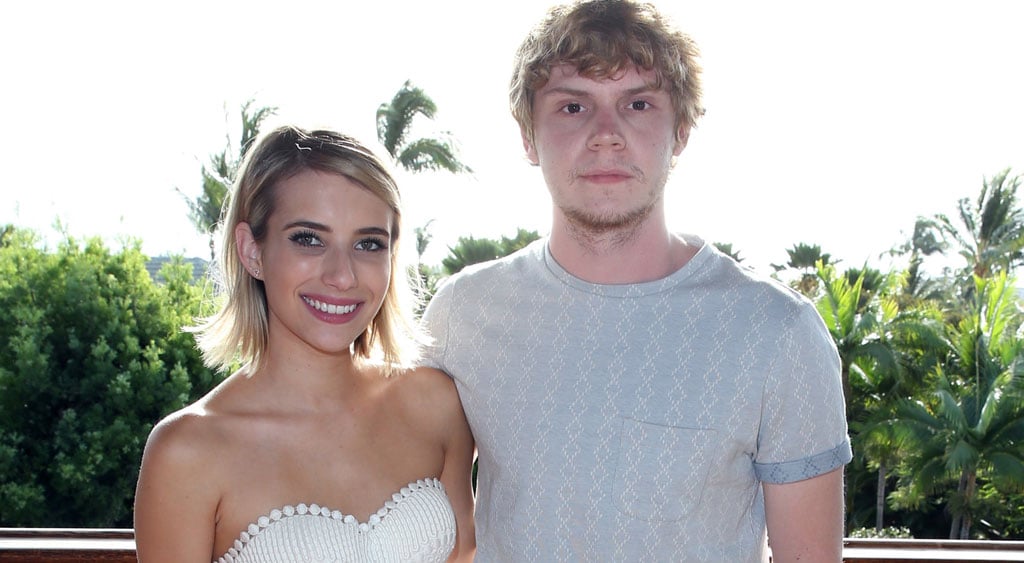 Emma Roberts and Evan Peters just can't quit each other. After multiple breakups and makeups, the couple is now not only back together, but they are reportedly engaged again! The American Horror Story stars, who first started dating back in 2012, rekindled their romance for the third time in September, and over Thanksgiving weekend, Emma posted a photo of herself wearing a ring on that finger. Multiple sources confirm to Us Weekly that it is indeed the Scream Queens actress's engagement ring, saying, "She's been wearing her ring on set. Everyone on set knows." The pair first became engaged over the holidays in 2014 but called it off just over a year later. While their romance could take another quick turn in the future, they seem to be happier than ever for now.