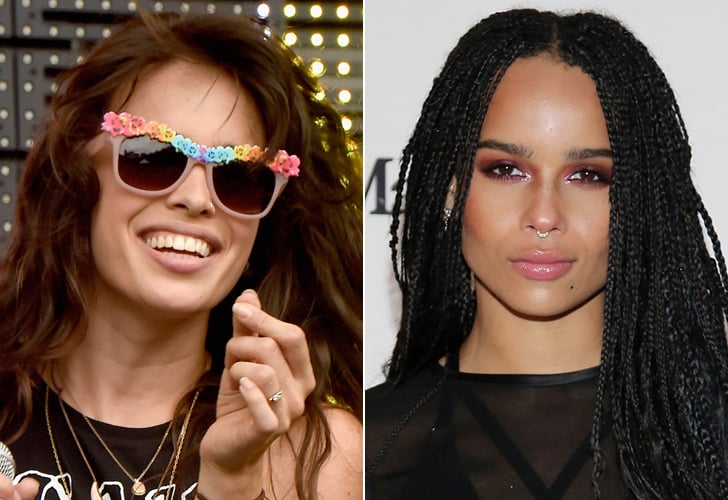 Even Lenny Kravitz's Daughter Is Weighing In on #Penisgate

Zoë Kravitz and Chelsea Tyler are here to bring the latest installment in the thrilling saga that has unofficially been dubbed #Penisgate. As a quick recap, Lenny Kravitz accidentally flashed his penis to a crowd of people during his Tuesday performance in Stockholm, Sweden. Later in the day, Lenny tweeted a hilarious text conversation he had with rock legend and pal Steven Tyler, who contacted Lenny to discuss the member in question. On Wednesday, it got better: Lenny's daughter, Zoë Kravitz, Instagrammed her own text conversation with Chelsea Tyler, Steven's daughter. "So our dads talking about d*cks on social media is cool," Zoë's message said. Keep reading to see Chelsea's hilarious response.