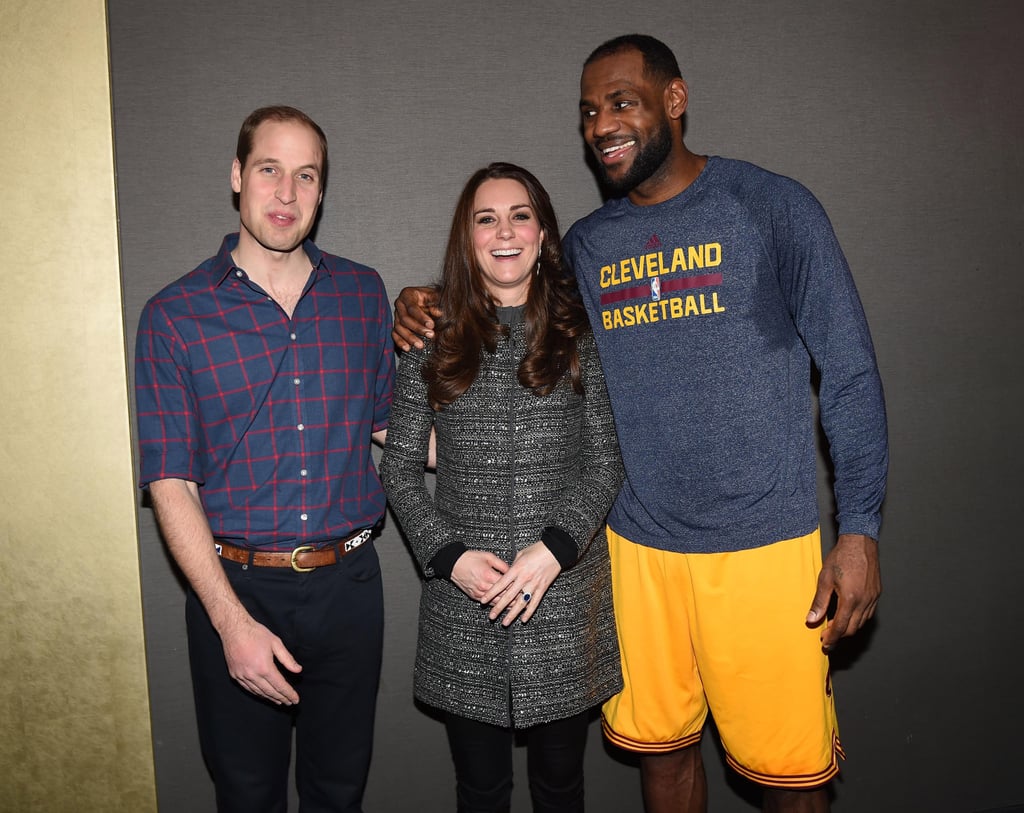 On Monday night, the Duke and Duchess of Cambridge watched the Cleveland Cavaliers square off against the Brooklyn Nets in NYC, but everyone was more focused on their meeting with Beyoncé and Jay Z and, later, LeBron James's "protocol breach" when he met the couple after the game to take pictures and hand out gifts. The offending action? LeBron was photographed putting his arm around the duchess's shoulder while the group leaned together to pose for photographs. While the action may have seemed completely innocent to most, royal etiquette experts know that people are strongly discouraged from touching any member of the royal family aside from a handshake (and, even then, that's only after they've offered their hand first). However, there is no strict rule on how to behave around the royal family; it's merely a suggestion.

Naturally, etiquette sticklers were a little upset by LeBron's shoulder touch, with author William Hanson declaring that it was an example of "an American being too touchy feely with British royalty," although he admitted that the duchess probably didn't care. He added, "You'd have thought [that Americans would] have learned by now." It's true that Americans have raised eyebrows in the past for touching members of the royal family, with the most notable being First Lady Michelle Obama touching Queen Elizabeth II's back during a meeting in 2009.

But did LeBron actually do anything wrong? No. While it's always good to respect other people's personal boundaries (be they royal or not), being squished together for a photo-op pretty much calls for a hand-around-the-shoulder motion. LeBron surely wanted to show the royals respect, but it isn't like he was at a diplomatic event at Buckingham Palace — the royal couple were visiting with him after a basketball game and the setting was incredibly casual. He probably would have done the same if the Obamas replaced the Cambridges that night.

Besides, a royal communications officer has gone on the record that LeBron behaved completely appropriately, so maybe all this drama surrounding a supposed protocol breach is just an overreaction.