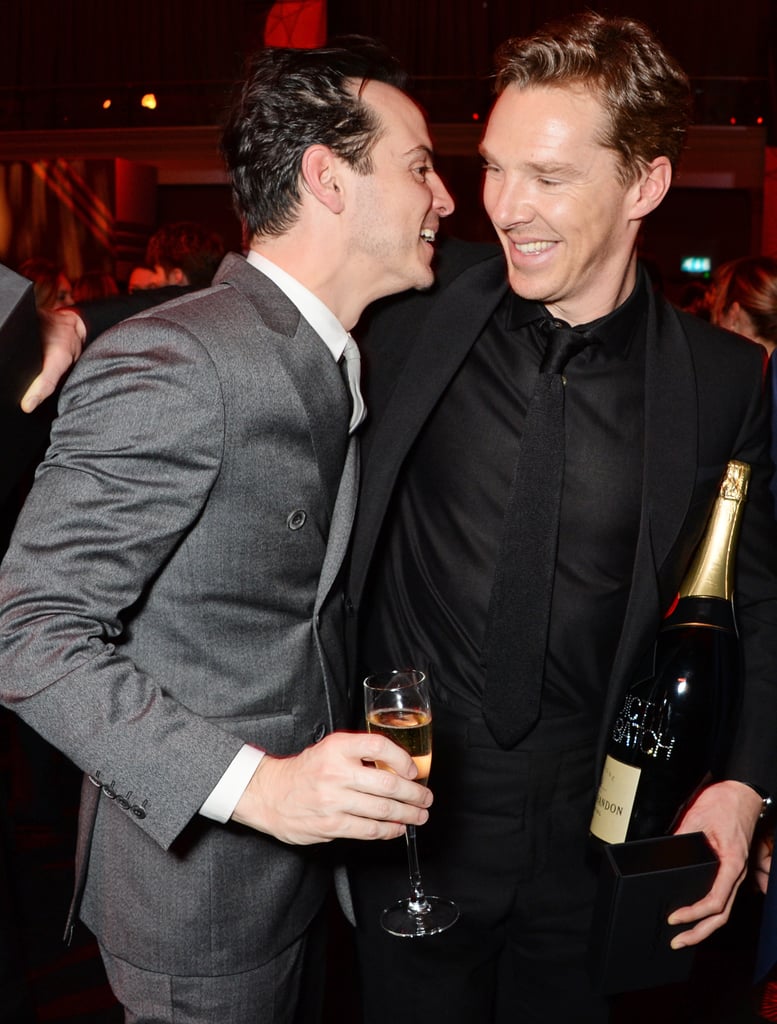 Benedict Cumberbatch proved to be the most popular man of the hour when he attended the 2014 British Independent Film Awards in London on Sunday. The actor, who was awarded the Variety Award for helping "focus the international spotlight on the UK," received kisses from not only his Imitation Game costar Keira Knightley, but also his Sherlock enemy Andrew Scott, who nabbed an award of his own for best supporting actor in Pride. Benedict also received a bit of attention from Emma Thompson who took home the Richard Harris award for her contributions to British film. Benedict's new fiancée, Sophie Hunter, was likely not bothered by all the attention Benedict was receiving, as she was by his side during the entire event. Keep reading to see all the snaps from Benedict's night out, and be sure to vote for Benedict in our favourite guy of the year poll!