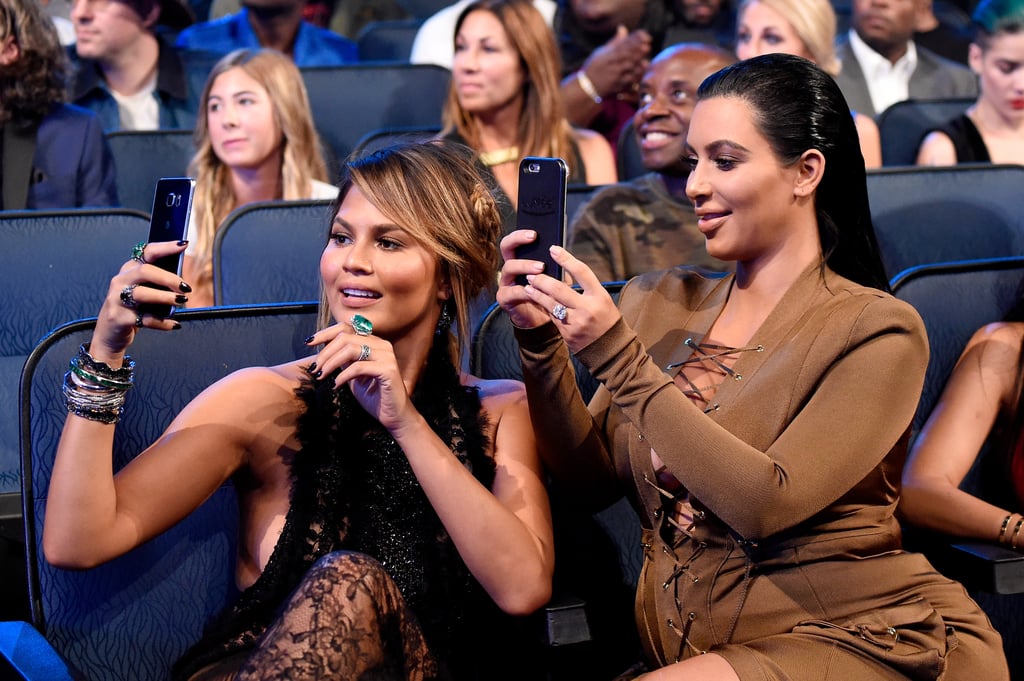 The VMAs stage was a hub for so much action on Sunday night in LA: Justin Bieber was crying, Nicki Minaj was calling out Miley Cyrus and forgiving Taylor Swift, and that's just the tip of the iceberg. Meanwhile, though, in the audience, Kim Kardashian and Chrissy Teigen were doing what they do best: taking selfies. Chrissy has given us plenty of sexy Instagrams, and Kim can get pretty steamy herself. But selfies don't always go as planned, thanks to lighting, angles, and fitting two heads in the frame. This time, it would seem, the task got the better of Chrissy and Kim. See everything that went wrong when you read on.

Celebrity Beauty
KKW Beauty Is Temporarily "Shutting Down", so Everything on the Site Is Up to 75% Off
by Chanel Vargas 2 weeks ago