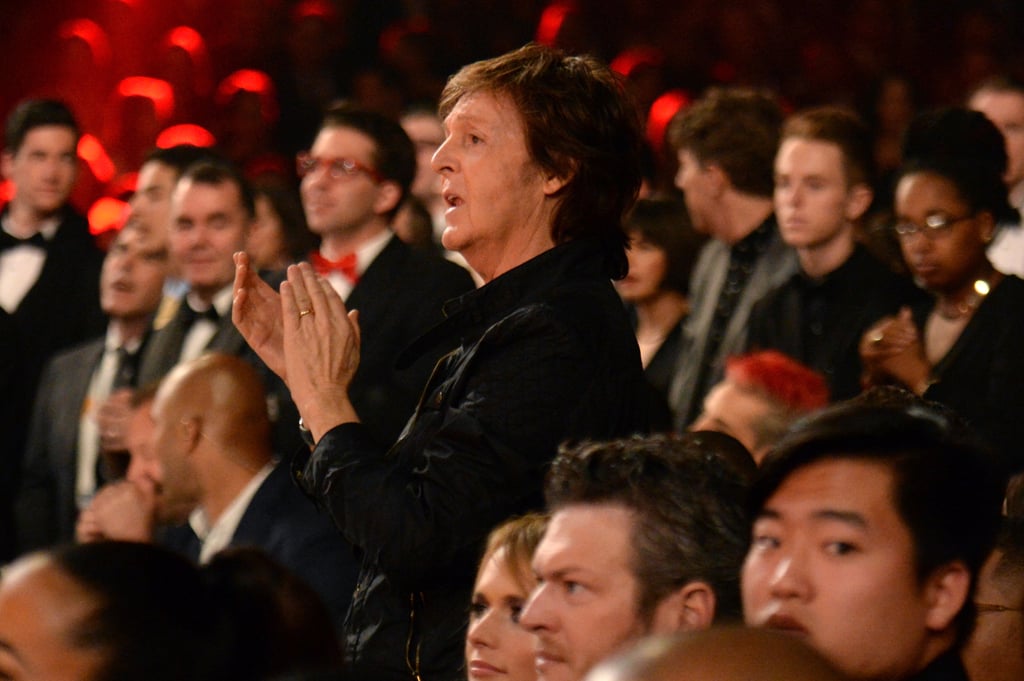 Nobody puts Paul McCartney in a corner. At Sunday night's Grammys, Paul stood up to rock out during ELO's performance of "Evil Woman," clapping and singing along. Soon, though, he seemed to notice that the camera was capturing his solo dance party, and he threw up his hands before quickly sitting down. Did he suddenly feel shy? What happened? In any case, Paul had a great night, hitting the stage with Kanye West and Rihanna for their new hit "FourFiveSeconds" and later posing with Jamie Foxx's adorable daughter. Go inside the show with these can't-miss Grammys moments that weren't on TV, then let's relive Paul's glorious Grammys moment in GIFs and pictures, shall we?