Monday's Kick-Ass premiere was a big success with producer Brad Pitt showing up on the red carpet, and yesterday the cast were out for the Dublin premiere. Aaron Johnson arrived with his fiancee Sam Taylor Wood and this weekend he spoke to the Sunday Times about his family, his first stage role at the age of six, leaving school at 15 and his role in the movie. Here are some excerpts: 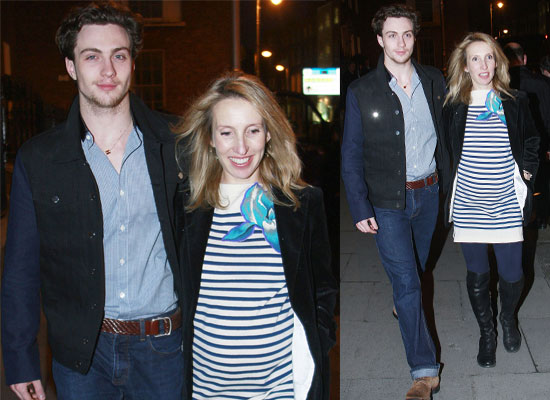 To read what Aaron has to say about the similarities between his superhero character and John Lennon, his first stage role, and more — just read more.

You can read about more of Aaron's experiences filming Kick-Ass here!