Michael Cera's new movie Nick and Norah's Infinite Playlist premieres at the London Film Festival on Wednesday, before its wider release in cinemas in January 2009. Paste magazine recently caught up with Michael to talk about the movie, and here's some extracts from their interview: 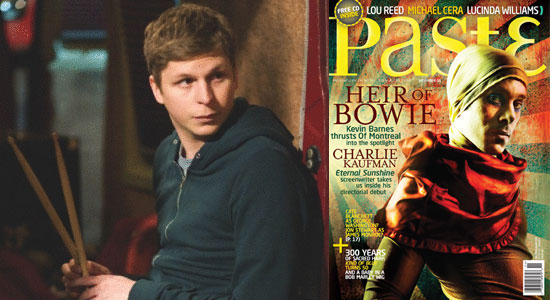 You can read the full article and much more in the November issue of Paste magazine, out now.