Ex-Smash Hits and ex-Heat editor Mark Frith has seen a lot of celebrities do a lot of things. I think it's fair to say his experiences of famous folk would wow even the most jaded reader – for instance, before Take That were big, they'd go to the Smash Hits offices and make the team tea! (NB: If any new boybands want to come and make me tea, applications to the usual address...) Mark's managed to put all the highlights of his career into one tale-filled tome called The Celeb Diaries (out Sept 4), so I fired a few quick questions off to him about his experiences. Here's what he said: 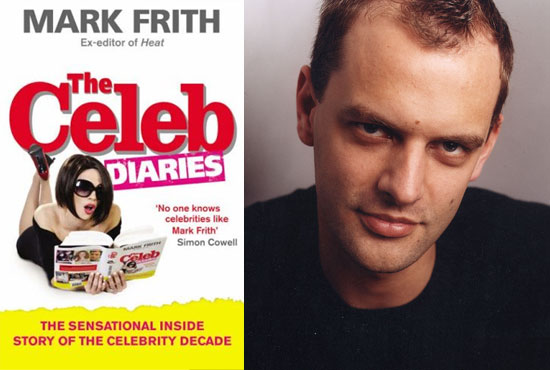 To find out which British male singer isn't his favourite person, as well as his opinions on Nicola Roberts and Geri Halliwell, his reasons for leaving Heat, and how he dealt with difficult celeb situations, just read more.

Thank you Mark, it sounds like that will be a well earned rest! Following our September Must-Haves, Mark's also been kind enough to make up a list of his very own Must-Haves, so stay tuned to read about those later in the week. His book, The Celeb Diaries promises to go into much more detail and is out on September 4th.