There's a brand new comedy series starting on ITV2 tonight called No Heroics, which is about a group of superheroes living in London. Rebekah Staton (State Of Play) stars in the series as Jenny / She-Force, alongside other familiar faces such as James Lance (Teachers), Patrick Baladi (The Office), Nicholas Burns (Benidorm) and Claire Keelan (Nathan Barley). I recently caught up with the rather lovely Rebekah to talk about the series, here's what she told me: 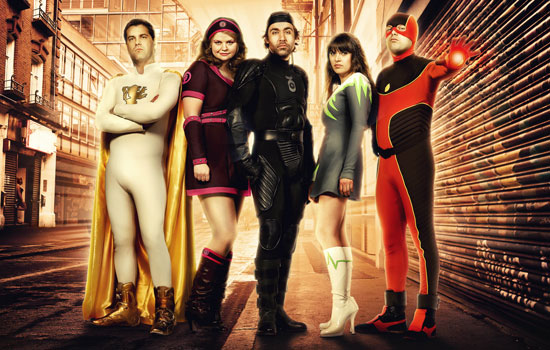 To read more of my fun interview with Rebekah, just read more.

Wow, it sounds it! You can catch the lovely Rebekah in No Heroics tonight at 10.30pm on ITV2.

Photos courtesy and copyright of ITV.