The X Factor's presenters, judges and behind the scenes geniuses were all at the National Television Awards last night and I got the chance to speak to some of them! Following his Special Recognition award acceptance speech (and losing to Strictly Come Dancing in the Most Popular Talent Show category) a very amusing Simon came to the press room for a Q+A, and I also managed to speak to Louis Walsh, Dannii Minogue and Holly Willoughby on the red carpet. Here's what they had to say: 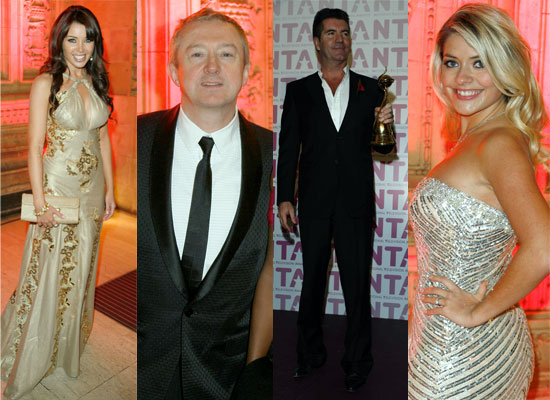 To read more from Louis, thoughts from Dannii on the "Heroes" single, and how Holly's spending her Xmas, just read more.

Stay tuned for more from the 2008 NTAs soon!