Katy Perry's been travelling all over the place lately, as she flew from Thailand to London with Russell Brand and then left his house at the weekend to jaunt over to Paris to attend some Fashion Week shows! She's certainly not the only celeb over there right now, as Mary-Kate Olsen, Janet Jackson, Rihanna, Leigh Lezark, Lily Cole and Catherine Deneuve were among the stars watching the shows. Stella McCartney's show was attended by her dad Sir Paul and her best mate Gwyneth Paltrow, while Lindsay Lohan showed off her first line as artistic advisor for Emanuel Ungaro — FabUK has all the photos of the collection! 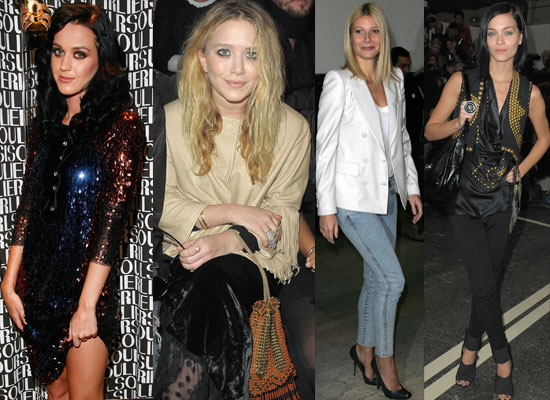 To see more of all the celebs at Paris Fashion week, including Adrien Grenier, Janet Jackson, Lily Cole, Dita von Teese, and others, just read more.